How To Be A Tough-Minded Idealist 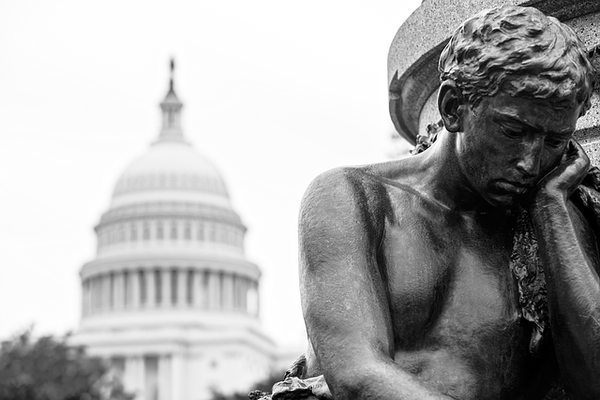 The idealist is mocked and scorned, ignored and dismissed, called a dreamer, a silly-heart, an unrealistic, self-righteous ignoramus. He is, in short, not well-liked and not at all trusted.

Ours is a cynical age. We live in a time of both economic and intellectual austerity. The public will give no hearing to high-minded speculation. Progressive idealists are especially out of favor. They are seen by many as dangerous to a social and economic order that is thought to be, whatever its imperfections, the best way of delivering wealth, prosperity, and material security to the most people.

As a man of the left, I sympathize with many of the objections and criticisms leveled against progressivism. Although I hold that our enemies on the right with their outrageous bigotries and crazy religious superstitions pose an even greater threat to secular democracy, I cannot overlook the all too frequent fantastical thinking on the left.

Those who believe that radical Islam can be defeated without violent confrontation, who think prejudice can be eliminated by curbing free speech, who come up with plans and policy grounded in nothing more than the fashionable fancies of the moment do more harm than good to the progressive cause. I always tell people that I am a liberal, but not a bleeding heart. And if I am an idealist at all, I am a tough-minded idealist.

The man who best exemplifies this kind of attitude toward politics—and one of my personal heroes—is George Orwell.

George Orwell (born Eric Arthur Blair) was a self-made man in the deepest sense of the phrase. He never made much money. In fact, it could be said that he died of poverty, not merely in it. Orwell made his name and reputation by turning against the norms and conventions of his class. He was born in India, the son of a minor British colonial official. He went to Eton on a scholarship and after graduating served as a colonial police officer in Burma. As a member of the lower middle class of that time, he should have supported imperialism abroad and the class order at home. His experience in Burma, impressions of which are set down in his first novel Burmese Days, caused him to turn violently against both.

After five years in the service, Orwell resigned. He returned home, and then set off to Paris and London to work and live among the working poor in these cities. Down and Out in Paris and London is a record of the years he spent among the underpaid and exploited in Europe’s two great capitals.

At this point, many of his leftist contemporaries would have had enough of slumming it; they would have gone in for some cushy and comfortable job. An Eton man like Orwell could have secured a clerkship or some other well-paying job with a future. For a while he did teach privately and in a boy’s school while reviewing books for a rather obscure literary magazine. But not for long. He was determined to observe first-hand the conditions of the oppressed people whose liberation became his life cause.

He spent time in low paid seasonal agricultural work. He was also commissioned by his publisher to journey through the coal-mining regions of northern England and write about what he saw. The time he spent in Yorkshire and Lancashire in the mid-30s provided the basis for his famous book The Road To Wigan Pier.

Orwell would go on to fight in the Spanish Civil War and to work as a BBC broadcaster in the Second World War. He was a committed socialist. But this is not the most distinguished thing about him. His significance lies in his unswerving ability to tell the truth—to be starkly, directly, and brutally honest about the factual relations of the world.

This goes well beyond the “tell like it is” refrain so often chanted by the stupid and the bigoted. What Orwell displayed was a willingness to tell the truth about things even when they made his own side look bad. His scathing indictment of leftist hypocrisy, ignorance, and cowardice is one of the reasons he was so hated by the left-wing radicals of his time and continues to be criticized in certain progressive circles today.

He derided the left’s slavish devotion to the Soviet Union, its refusal to understand the actual thought and feeling of the British working class, and, most surprising for a white man of his time, its refusal to recognize racism as a problem quite distinct from exploitative capitalism—a problem that could only be dealt with by freeing immediately the subject peoples of the British empire.

George Orwell’s life and work is a model for how to live as a tough-minded idealist. He was a man of principle, but he was unwilling to lie, spin, mischaracterize, and falsify in order to mask the possible consequences of his beliefs. He had the power of facing facts and was willing to follow logic no matter where it led.

Orwell teaches us how to be idealists who hold intellectual honesty and personal integrity on the same moral plane as political belief and ideological conviction.

How To Be A Tough-Minded Idealist