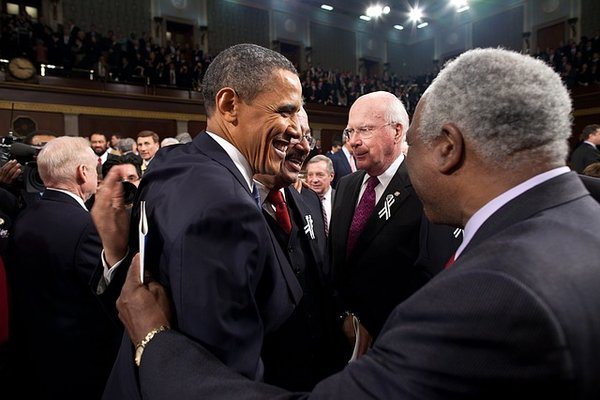 Designated Survivor is one of the newest political dramas on Netflix. The show is a big hit, having sustained a five-star rating since its September 2016 premiere.

At the center of the story is President Tom Kirkman (played by Kiefer Sutherland). He appears in the first episode as the Secretary of Housing and Urban Development, the most obscure and insignificant of cabinet posts. That first scene opens with him sitting in a rather dull and non-descript room with his wife (played by the ever so hot Natascha McElhone). We soon learn that he has been appointed designated survivor—the one person in the presidential line of succession who is kept in a safe place while the president, vice-president, and both houses of Congress assemble in the capitol building for the State of the Union Address.

The capitol blows up, and Tom Kirkman finds himself suddenly thrust from lowly cabinet official to the chief executive of the American government and the commander-in-chief of its armed forces.

Kirkman has never run for office. Before his appointment to the cabinet he had never been in any position of authority or government. He is immediately forced to make decisions of extreme consequence, decisions upon which rest the fate of the republic.

The drama presents many excellent lessons in executive action and leadership. Here are a few worth considering.

Kirkman is confused and overwhelmed when he first takes office. He is pushed and pulled in different directions. He is unsure of what he is doing, and those around him can sense it. At some point he brings his core principles and convictions to the fore; he leans on the kind of man he had always been before he became president. That is when things start turning around. He regains his confidence and begins to project it, which invigorates his staff and serves as both warning and guidance to people around the world.

One of the best leadership lessons of the entire show is played out in the first few episodes. There is a contest to be his chief of staff. His long-time COS from when he was HUD secretary and the deputy COS of the murdered president vie for the job. The latter wins after defying the new president by pulling an underhanded political trick—a trick as it turns out actually helps President Kirkman. The lesson here is that you should not promote the people you like and know; you should promote the people you need, some of whom you may not be on familiar and friendly terms with.

3. Remember that some sacrifice is necessary

Leadership comes at a price. To be the boss you must be willing to work longer hours, to spend less time with the people you love and care for, and to occasionally work against the personal interests of long-time friends and associates. This comes with the job. You of all people must put the interests of the organization before everything else.

4. You don’t make friends as a leader

A natural consequence of the above lesson is that as a leader you will not make new friends. You must, if you can, hold on to the ones you have. But always remember it is your job to decide what is best for the organization as a whole. Making tough calls will inevitably lead to disappointment among your colleagues.