The Trouble With Happiness 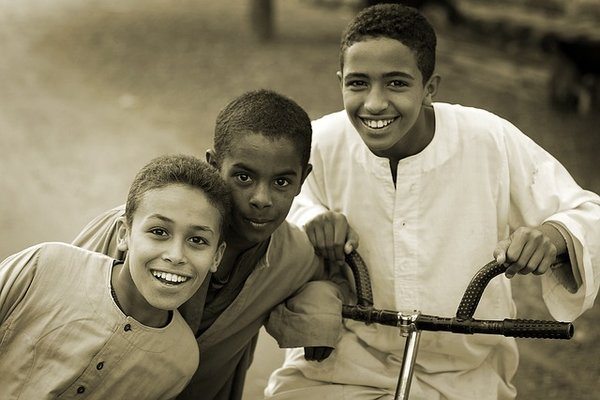 I was walking down the street the other day when I was assailed by two Mormon missionaries. “What makes you happy?” one of the young women asked. The question was posed as an introduction to what I knew would be an attempt to evangelize the merits of her faith. I had no time at that moment to get into a philosophical debate and was thus forced to answer succinctly, and not a little snidely, “Certainly not the things you believe.” “Well what do you believe in?” The young woman returned. I told her that I had to rush off, but that I would perhaps see them again on the street and give them a more thoughtful and considered answer.

The next day I saw the same two church sisters, and as promised I gave them a bit more of my time. I elaborated on my previous answer to her question, saying that no belief in God or the claims of the Christian faith could make me happy. I followed up by saying that the very question undermined her ultimate purpose, which was to make converts. To do so, I went on to say, she needed to prove the truth of her belief rather than the happiness she derived from it; for the Mormon Church, like every other faith, makes extraordinary claims about the nature of the universe and humanity’s place in it.

We went on to have a long and lively debate right there on the street, though the two sisters came out worse from it.

The entire episode got me to thinking about happiness in general. It is an idea that seems to drive our everyday lives. It is enshrined in the first of America’s founding documents: “We hold these truths to be self-evident: that all men are created equal; that they are endowed by their Creator with certain inalienable human rights; that among these are life, liberty, and the pursuit of happiness.”

Mr. Jefferson knew a little something about human nature. And it is doubtful that Sigmund Freud, a man closer to our time and way of feeling, would have contradicted him—as much of the good doctor’s work set out to prove that our thoughts, feelings, actions, relationships, indeed the whole of our civilization are predicated on the raw instinct to maximize pleasure and minimize pain.

The trouble with happiness, or establishing conditions which maximize pleasure, is that it cannot be permanently fixed and defined. It is subject to a range of ever changing outward circumstances and inner feeling and is thus not a reliable principle for ordering and governing life. Much of what pleased you at 16 has no bearing on your sense of happiness at the age of 30. And what makes you happy today will probably not do so ten years from now.

Of course I believe in the veracity of the pleasure principle; it is a scientific fact that our behavior is shaped according to it. But we are also highly intelligent and reasoning animals. We are the only species able to solve complex problems and make the kind of conjectures that allow us to plan our lives rationally.

When you take on a new job, enter into a new relationship, or entertain a new idea, it is perfectly fine to do it for the sake of happiness. But to get any long lasting benefit the facts and circumstances surrounding the person or object pursued must be fully understood. The point is to secure not permanent but long-term happiness and satisfaction. This is the best, the most enriching, the most human kind of happiness.

The Trouble With Happiness