Reasons For Alarm And For Calm 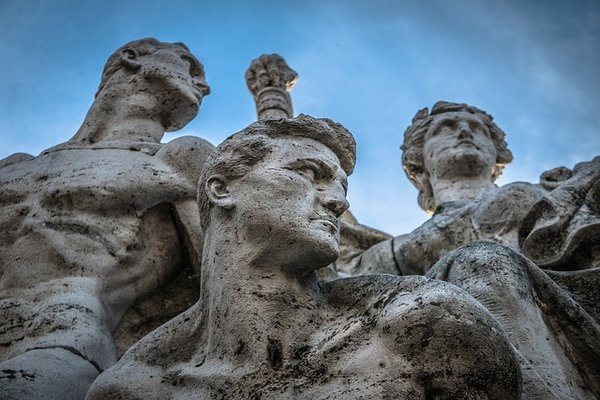 It has been one of those weeks in political news that is impossible to ignore. Donald Trump’s firing of FBI Director James Comey set off a wave of mostly negative opinion against him. Even the most conservative of columnists and bloggers have voiced alarm at the sudden and inexplicable sacking of the country’s top law enforcement officer. From both left and right, the question that has dogged Trump since he won the Republican nomination was once again asked with the most vigorous urgency: is the republic safe in his hands?

Everyone who has been following my work in this magazine knows how I feel about Trump. It was clear to me from the very beginning of his candidacy that the man neither understands nor cares for republican government. But that is not really relevant. The more pressing issue is whether the constitutional arrangements that both limit and regulate the powers of each branch of government will survive him.

There are reasons for alarm. The firing of James Comey though perfectly legal was a violation of the norm. FBI directors serve a 10-year term. No president has ever fired a FBI director for fear of being accused of interfering with its work as an independent agency. Trump’s action was especially egregious given the agency’s inquiry into his presidential campaign staff. All of the usual accusatory clichés come to mind: “obstruction”, “cover up”, “abuse of power”, “Watergate”, etc. Trump’s admission that he fired Comey because the director spent too much time investigating him makes reviving such clichés appropriate.

Trump’s winter assault on the judiciary was also without precedent. And his demand that executive officials swear personal allegiance to him—going so far as to attach what amounts to commissars, or political officers, to each department to ensure loyalty—is worrying.

But does any of this mean that the republic is in danger? There are, I believe, good reasons to remain calm.

Weak analogy is an intellectual crime that has spun out of control in recent years. Political hacks invoke slavery, Nazis, and WWII every time a decision doesn’t go their way, and I would not want to be associated with such chicanery. I believe nevertheless that the Trump phenomenon warrants a reference to the decline of the Roman Republic.

Anyone who has read the two best historians of that period—Tacitus and Edward Gibbon—will know of the many factors that converged to turn Rome from a nation of free people to a nation of slaves. It would be too tedious to list and analyze them all here. Indeed, most similarities between the Roman and American republics are for the moment superficial; but our current condition could be aggravated to the point at which we match the period just before the falling off of that ancient state.

Perhaps the lesson that is most relevant given all that has happened in the past few months is the importance of a strong check on executive power. Self-serving sycophantic senators had much to do with Rome’s fall as a republic and its rise as an empire. And this (finally) is why I think there is reason for calm in our own case.

The opinions and positions of U.S. senators are mixed sufficiently enough to prevent Trump from usurping all power. It is impossible for either party to gain a permanent majority; and when one or the other party has a majority there are always enough moderates to make nearly every vote uncertain. As long as this reality holds—that is, as long as we have senators who are willing to exercise independent judgment—no president will be able to have it all his own way.

The federal courts are also a reason for calm. Thus far there has been no attempt on Trump’s part to defy judges who have ruled against him. If he were to do so, we would be thrown into a constitutional crisis, because any law enforcement officer that acted contrary to a court order would be held in contempt—which could easily lead to a tense confrontation between two branches of government.

In short, although I am concerned about Trump’s ignorance of and disregard for the laws and conventions that keep our nation going I am far from convinced that the republic is in imminent danger. As long a spirit of what Gibbon called Public Virtue continues in at least some of our elected officials we are safe from dissolution and tyranny.

Reasons For Alarm And For Calm