Your Money In Britain—After The Election 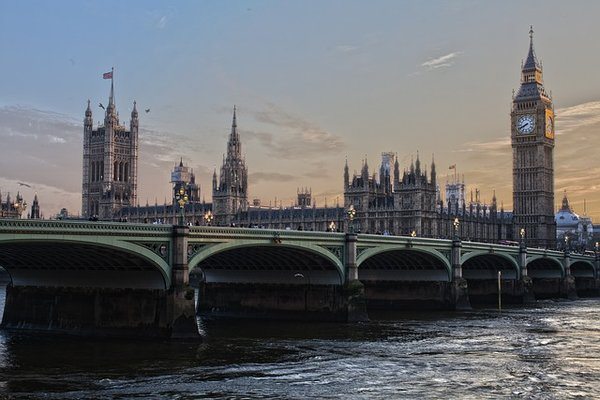 Tired, hungry, shocked, exuberant—this describes my general condition as I write this. Nearly every commentator and pollster, with the exception of YouGov and Survation, called it wrong. Far from a landslide Tory victory and a devastating Labour defeat, we awoke this morning to the loss of the government’s majority and a resurgence of the party of Her Majesty’s loyal opposition.

When Theresa May announced this election, I called it a move of political genius. I could never have anticipated all that happened afterwards.

At the time, Jeremy Corbyn struck me as being too sheepish and scattered to either lead his party to a general election victory or deny the Tory’s one. But this past month has seen the emergence of a sharper, edgier, more focused Jeremy Corbyn; and the Labour Party as a whole ran an outstanding campaign.

They were helped by the cynicism and dishonesty of Theresa May, who is probably the worst campaigner in modern British history. This was a gift for Labour, though Jeremy Corbyn’s brave and brilliant defense of his politics and policies should not be discounted. He confounded all expectations to pull off a political comeback that bests Brexit and Trump.

The consequence: a disaster, a complete meltdown for the Conservative Party. The country has once again been thrown into chaos. Sterling is down, markets are jittery; and although the Prime Minister will be able to form a government her prospects for actually governing look dim.

The Democratic Unionist Party (DUP) of Northern Ireland will give Theresa May the votes she needs in the House of Commons to carry on as prime minister. It is an extreme right-wing party, and there has been a great deal of talk about what she might have to give them to get their support.

But that is not Mrs. May’s real problem. Her real trouble is in Scotland. The Tory wins in Scotland expand the liberal wing of the Conservative Party. The Scots who voted Tory did so in protest of the Scottish First Minister’s pledge to hold a second independence referendum, not out of a desire for English Tory social-economic policy. The Scottish Tories are much more left-leaning when it comes to tax, public service spending, and Brexit. Mrs. May will not be able to take the 13 seats her party gained in Scotland for granted.

In trying to pass legislation, she will need to negotiate with a large and powerful bloc of her own MPs before she even gets to the DUP. She is in a much weaker position than most people now realize. But this will start to become clear in the days and weeks ahead.

How does this affect your money and business interests in Britain?

First, all bets are off on the government’s Brexit position. Theresa May simply does not have the votes for a hard Brexit—i.e. withdrawal from the customs union, single market, European High Court, etc. The problem is she is the one who will be the prime minister going into the talks that start next week, but it is uncertain whether she will still be prime minister throughout. The bottom line is that we are once again in the dark as to what Britain’s position will be vis-à-vis Europe.

Second, no matter how things play out with Europe, the one thing you can be sure of is that there will be no Scottish referendum anytime soon. The Scottish National Party had a disastrous night, and it owed mostly to the Scottish public’s distaste for an IndyRef 2.

Third, another general election will have to be called quite soon: if I had to guess, I would say before the year is out. The sense is that discontent and opposition toward the Conservatives is growing; and if Labour performs in a second general election as it did last night Jeremy Corbyn might be prime minister before the end of 2017. That will have a tremendous effect on many industries, as Mr. Corbyn intends to pursue an aggressive social justice agenda paid for through increased tax on the larger and the more capital-rich businesses.

Watch this space. The tumult and confusion have only begun.

Your Money In Britain—After The Election