Is Politics Ruining Your Friendships? 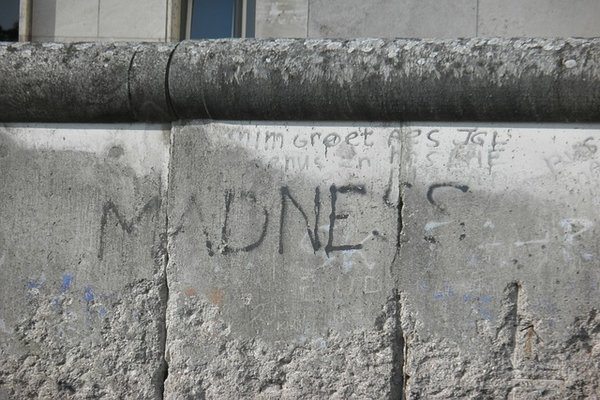 I have written on this subject a couple of times before. I was rather abstract and non-committal in those earlier pieces. I explored hypotheticals and explained how you might keep your friendships intact despite political differences. But politics has turned in such a way that compels me to be more forthright in this matter.

First, we must be absolutely clear about one thing. The claim that Trump has caused division in the country is false. He has done no such thing. He has only brought to the fore divisions that were already there. Putting Nazis and white supremacists aside, Americans are divided over race. Blacks, Latinos, and other people of color tend to have a very different view of the matter than whites. This does not mean that everyone in the latter group is a racist. It only means that persons that have been most negatively impacted by racism, in both minor and major ways, are bound to think, feel, and speak differently from those who by and large have not been forced to deal with the legacy of this insidious, irrational, and rather stupid superstition.

Here is not the place to get into all the many motors that continue to drive racism in our society. I only mean to bring one particular motive force into focus. Donald Trump’s response to Charlottesville was the most prominent embodiment of it; but the thing has been echoed by many others, and from what I have seen on social media has caused a severe strain on a number of friendships—including my own.

The driver that I have in mind consists of the refusal by too many well-meaning whites to acknowledge the distinct threat posed by the most violent and virulent forms of race hatred. This equivocation of white supremacy with other social and political ideas is one of the subtlest engines of modern racism.

Now I would have thought that the sight of the KKK and their Nazi brethren would have brought loud and unequivocal condemnation of what these groups stand for; that regardless of how some of my more conservative friends felt about the radical left wing groups involved with the counter-protests their revulsion to racists and Fascists would have led them to state the obvious: there is no place for race-hatred in America.

What I have seen has troubled me deeply. Many of my friends have remained silent on these groups and what they stand for. They have decided to talk about other things instead. From what I can gather they seem to think how one responds to white supremacists is conditioned, along with everything else, on whether you are a Democrat or a Republican, on whether you are for or against Trump.

This is an extraordinary development in our politics. Now I know that most of my white friends are not racial bigots, so I cannot understand why any of them would turn the denunciation of white supremacists into a partisan matter. No matter what your position on taxes, guns, abortion, government spending, and foreign affairs, we—that is, all of us in the political mainstream—can surely agree that racists who come out on the street to demonstrate ought to be objected to in the strongest possible terms.

I am aware that many people will refuse to do a thing because they are told they should. I can respect such minor rebellions against majority opinion. But this is not a time for them. There is serious moral principle at stake: you are either against racism or you are for it; agnosticism or neutrality is not an option.

This is something so fundamental that it is grounds for ending a friendship. Someone who cannot bring themselves to take an unequivocal stand against racists may have no interest in harming people of color, but they may not mind that others do. So my advice is this: insist that your friends who have not done so clarify their position on this matter. Any attempt to bring Black Lives Matter or Antifa into the discussion must be resisted and a simple question answered: are you or are you not against white supremacists?

Is Politics Ruining Your Friendships?