How She Wants You To Flirt With Her 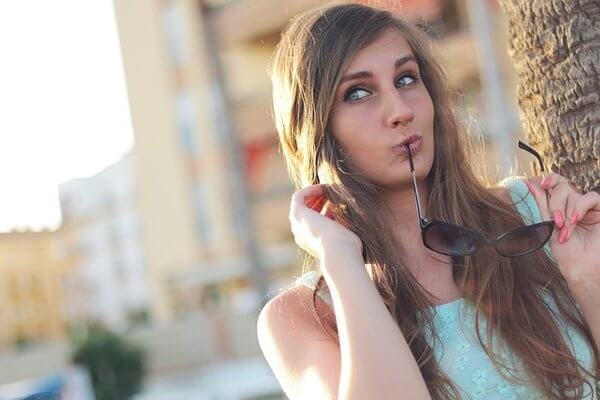 Figuring out if a woman is attracted to you is the easy part. Though they are determined to be subtle, the female part of the species cannot help giving off signs and indications that tell us men they are interested. Batting of eyelashes, swinging of hips, thrusting of breasts, prolonging of eye contact—we have all experienced these gestures and know what they mean.

The difficulty is sorting out to respond to them.

Flirting is a generic notion that covers a range of actions. The first move, of course, is actually speaking to the woman in question. Different men have different opening lines. But here is the thing to remember: most women, even rather plain looking ones, have been chatted up in almost the exact same way by hundreds of guys.

She is used to lines. Yours will not make you any more distinguishable from the dozen or so men she has spoken to at bars, clubs, the grocery store, and her workplace in that week alone.

However, doing the unexpected is not itself a virtue. You don’t have to hatch some wild or zany scheme to make yourself different from other suitors. In fact, such plans can easily go awry and turn into utter disaster. Or, they may make a first impression that you had no intention of making; she may think your quirky little trick adorable and see you straightaway as someone who is fun to hang out with but not to fuck.

You should simply go up and talk to her. That is the safest course of action; and it is one that she will expect and approve of—at the start.

But in that first move, during those first few precious moments, you must completely charm, intrigue, and excite what is between her ears and what is between her thighs. Yes, she will have seen a great many good-looking guys; yes, she will have flirted with most of them; but for all that there will be one or two that she especially likes. You might be one of them. She may really like your look and manner and have high hopes for how you will make her feel when the two of you start talking.

It is up to you not to disappoint.

What she wants is flirting that doesn’t bore her; flirting that makes her laugh (in a charmed rather than silly way), that relaxes and calms her, that makes her feel butterflies and palpitations, that gives her that very rare sense of being completely engrossed by someone.

She did her part by sending out all the signals. She now expects you to do yours by winning her over.

This all sounds a bit old fashion and chivalric—quite far from the attitudes and conventions we are told prevail in the 21st century. No woman would actually admit that this is what they want from a man they fancy, but it is so.

A woman who has taken the time to go out to a public place alone or, the more likely case, with friends wants to have a laugh, wants to be entertained in some way. Good humor and laughter will help you reduce the barriers that result from unfamiliarity. Saying witty things and making intelligent observations in a humorous way can make you seem more familiar to her than you actually are.

She wants you to flirt with her as a body and as a mind. This is a tricky one because if you succeeded in the task I subscribed above she may really take a liking to you and want to know all about you. That means she will want you to do most of the talking.

Talk about general subjects that you have a particular interest in. Don’t spend the entire time talking about your job and what college you went to. Expand the conversation so that she feels part of it and is encouraged to offer her own opinion.

Last, flirting involves a great deal of physical intimation. If she wants you to flirt with her, then she desires you to be manly as well. Even in those early stages of getting to know you, she wants to feel protected, physically appreciated, and to a certain extent dominated. Stand close, always look her in the eye while speaking, and if she leaves to freshen up let her know that you are looking at her body and like what you see.

Here is another article related to the subject: https://www.tsbmag.com/2017/03/26/how-to-tell-if-she-wants-to-have-sex-with-you/

How She Wants You To Flirt With Her