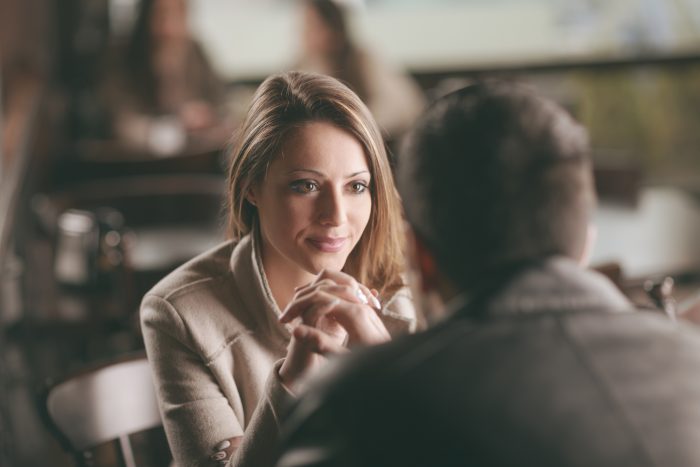 Can I be brutally honest with you for one second?

Building a relationship with a stranger out of thin air is hard.  Hard is an understatement here, for most people it’s nearly impossible.

Chances are you’re probably in that position. So often people struggle to build a strong enough connection with the person they approach that it can never escalate into any type of relationship, friendly or otherwise.

With there being so many benefits in both your work, romantic and social life to building good relationships its a shame that so many people struggle.

But what if I told you there was a solution? A way in which by following a set of behaviors you could build a relationship with anyone?

If you are, strap in for the next few minutes as I take you through the tools you need to build a relationship with anyone.

When talking to most guys about approaching anybody, often they have a lot of excuses in their mind. As guys, we usually think most people don’t like being spoken too.

In a bar or a coffee shop, you will usually have a few different types of people. Some people will be extroverts, generally loud, outgoing and loving to be social.

Some would be introverts. Generally speaking, introverts tend to be inward facing, solitary and focused on internal thoughts, quite the opposite to an extrovert.

What might surprise you, however, is that a study on introverted and extroverted people showed that over 82% of people who identified as introverts are ok with being chatted up in public places providing it’s done in the right way.

Just process that information for a minute.

So people who we would usually associate with not wanting to be spoken to are likely to be ok with conversation eight out of ten times. As soon as you realize that the majority of human beings like human interaction, it becomes a whole lot easier to start building relationships.

Habits are learned behaviors which we perform automatically. Learning these actions and then applying them to our lives is how we change our core behaviors.

The habits below will not only help you build strong relationships with the people you met quickly, but they’ll also help to build trust between you and them.

Smile with your eyes

Smiles are compelling and contagious. They help to build trust with others are release endorphins, dopamine, and serotonin, mood-enhancing neurotransmitters that make people feel good.

Genuine smiles are a great way to quickly building a positive relationship with somebody, even before you’ve begun a conversation.

Use a brief touch, but be careful

People like to be touched, but not overly so. Mastering the art of the gentle and brief touch will add warmth to any interaction.

It’s also a physical reminder of the bond that you are building. Be careful not to go overboard, however, as sometimes too much heavy petting will have the opposite effect.

Mirror the other person

People like people who are like them, so by subtly mirroring the actions of the person you are speaking too it sends unconscious signals to their brain quickly building rapport.

Similarly to touch make sure not to overdo this action, and I’d practice on somebody you know so that if you mess up, it doesn’t matter too much. Try and mirror the position of your hands or leaning in the same direction.

The art of listening is something we so often overlook. By being an active listener, you are saying to the other person that you value what they are saying.

Get rid of any distractions like your smartphone and pay attention. You can use body language to show you’re interested in the other person’s conversation by leaning in or nodding your head.

Be open with your body language

Body language is so important, using body language correctly can dramatically improve an interaction. Misusing it can devastate it.

When you want to build a quick relationship with someone you want your body language to say “I’m open, I trust you”.

Do this by opening up your body, keep your arms wide apart and don’t cover your crotch or your stomach. You can also make sure your feet are pointing towards the person you are speaking too.

When somebody does something nice for you, you will have a deep-rooted urge, psychologically to do something kind, in return. You’ll often find you may even return a gesture that is far more generous than the other person’s original good deed.

When you apply that knowledge to building fast relationships, it can have incredible results.

Neil Strauss uses this technique in a way in his book The Game. When building a bond with women, he would give her a piece of his jewelry to ‘look after’ to be returned in the future.

This technique was mainly used to give him a reason to meet back up with the girl again, but from the women’s perspective, it is a sign of generosity.

With generosity, the more you give, the more you want. But the trick to being generous is not to expect anything in return. By offering something valuable to the person such as time, advice or a service without expecting something back from them, you build trust.

Trust is the key to winning over anybody in any relationship and once you’ve build that you’ll find the whole thing just becomes easier and easier. Once somebody lets you in, it’s yours to lose.

About Jamie Atkinson Jamie Atkinson is a freelance writer and sales coach who has over 10 years of experience coaching, selling and training in the field. He was born in the UK but now travels all over the world, teaching other aspiring entrepreneurs how to achieve their own success by sharing the benefits of having a lifestyle business. You can find out more from Jamie over at www.letsgetjobless.com