Young Women Love Bad Boys – Learn How To Be One 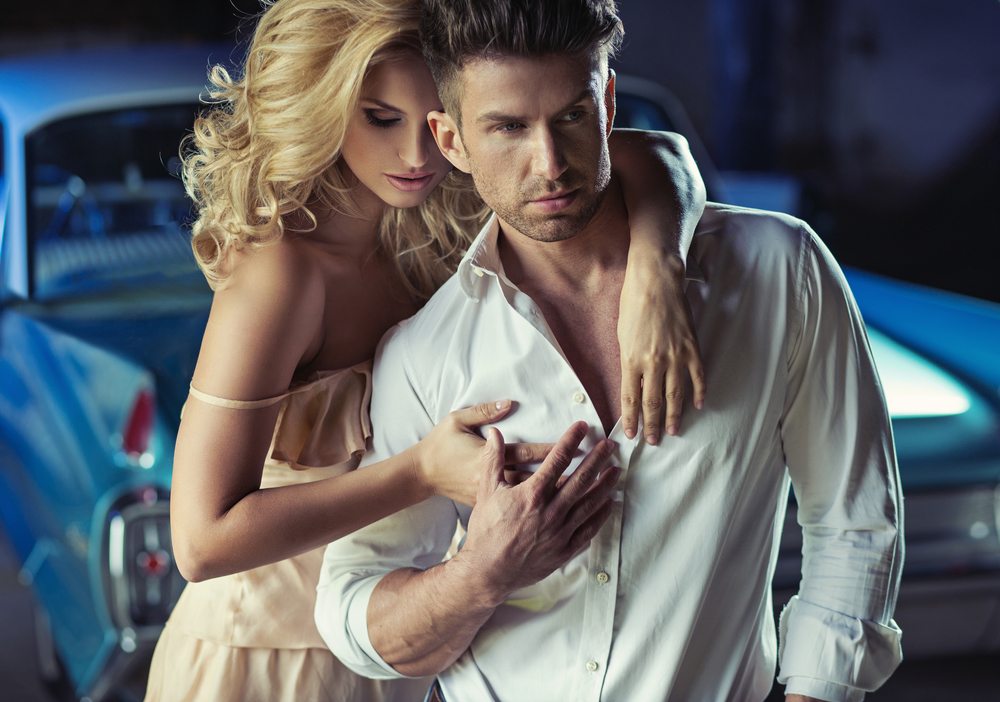 One thing that younger women often want is what they can’t have. This is what makes bad boys so appealing to them. Bad boys have a devil-may-care attitude and are rebels that can’t be tied down. Something about these guys drives women crazy. So much so that nice guys often get left high and dry.

While older women are sometimes drawn to bad boys as well, typically they have moved past this stage. They have learned that true bad boys are just that, bad. They understand that being with a bad boy goes against their natural instincts to find safety and security with a man. True bad boys will never truly give them what they need.

However, younger women are still inexperienced enough to think bad boys are worth going after. They are still in a “rebellious” phase themselves and bad boys stoke that fire. Of course, if you are older, your bad boy days may seem to have passed. But, with the right mindset and approach, you can give younger women a bad boy at nearly any age. Playing the bad boy role is a great approach to hooking up with them.

What Is It About Bad Boys?

For any woman who likes bad boys, there are some key factors that attract her. These things are common with most bad boys. When you understand why women are attracted to them, you can tailor your game to suit.

He can’t be caught – While most men feel the expectation to chase women, bad boys flip the tables. Bad boys don’t want to be tied down. They don’t chase, they lead the chase. When you tell a woman she can’t have something, her first inclination is to figure out how to get it. Most women are this way and it is an easy manipulator. Bad boys who don’t want to be tied down are being chased by women with ropes every day.

She can settle him down – Women often think they can fix men. It is an ironic thing. They want Mr. Right but often settle for less and try to make him into Mr. Right. This is a common thread in many relationships out there, and that mentality holds true for bad boys. Women often believe if they are given enough time they can tame the bad right out of him. It rarely works, but it is a major attractant for women.

He is a man’s man – Bad boys are notoriously masculine. They are the kind of guy that isn’t pushed around and don’t fall for games. Young women are demanding, and they love a man that won’t stand for that shit. A bad boy can protect them, and he will keep her in her place. It feeds their need to be dominated.

He is only after one thing and it isn’t commitment – Again with the irony. While most older women know the score with bad boys, so do many young women. They realize that bad boys don’t want to be in a committed relationship, which means he only wants her for sex. But these women convince themselves that a sexual relationship will be the first step to locking him down. And, because of this delusion, they will be much freer with their bodies. Women tend to hook up with bad boys quickly versus the courting that good guys do.

How Can a Nice Guy Be a Bad Boy?

That is the real question, isn’t it? As men getting older, we are being taught to refine ourselves and be gentlemen. This is what women want if they are looking for something real and long-term. But with younger women, while that approach appeals to their “daddy” or “father figure” needs, bad boys are just as thrilling. Remember, she wants what she can’t have.

Don’t be so available – Just because a woman texts or calls doesn’t mean you need to be on tap every time. Learn the art of delay. When she texts you, wait before you respond. Give it ten minutes or even an hour. When she calls, don’t feel pressed to answer. You can ignore the call, then text her back later with a simple “What’s going on?” with no excuse or reason why you didn’t answer the call. These things will keep her waiting and wondering. As she tries to exercise patience, she will be subconsciously intrigued by your distance.

Don’t fawn over her looks – Most men will gush with platitudes about how beautiful a woman is. They want to feed her ego and make her feel wanted. Bad boys don’t have to do this. Bad boys make a woman try harder by NOT giving her compliments. They make her wonder if she is hot enough or sexy enough and try harder to be enough. They will dress sexier and act less inhibited to try and make him notice.

Don’t be afraid to talk to or look at other women – When it comes to men, women are highly competitive. At younger ages, they are at their height of competitiveness. When you are out with her, let her see you notice other women. Also, don’t hesitate to tell her that you are playing the field, even if you aren’t seeing anyone else. While this is not a good thing to do with a serious love interest, it is an expectation from bad boys. She will amp up her game and be more eager to woo you with her sexuality.

Being a nice guy is a great way to land a girlfriend or wife and can even help you hook up sometimes. But, bad boys get lots of hookups. Younger women are drawn to them because they are everything Mr. Right isn’t. It is a paradox, but true. Your hookup game can be quite successful when you use this knowledge to your advantage. It is an approach that will let you control her and get what you both want. Just remember, if you happen to find a young gal that you actually want something more from, allow her to “tame” the bad boy and let your nice guy side come out.

Young Women Love Bad Boys – Learn How To Be One