How To Tell If She’s Single 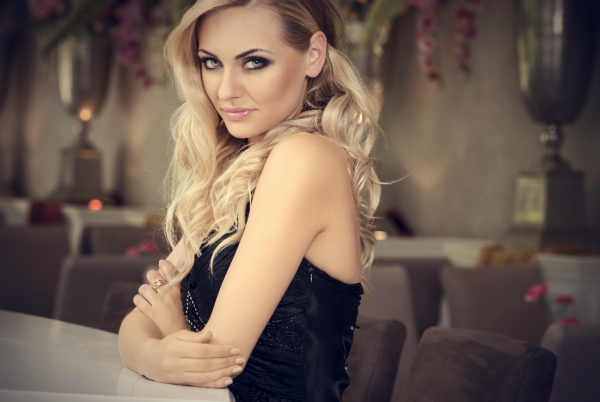 Women are smart—much smarter than us it seems to me. This is especially the case in the realm of practical human engagement. They have to be. They live in a world dominated by us, a world in which they are constantly eyed, lusted after, flirted with, and sometimes molested by mammals—that’s us—who are bigger, stronger, faster, and more aggressive than them. They must learn how to both select and seduce those of us they desire and reject and ward off those of us they don’t. From puberty onwards, they develop certain behaviors meant to signal both kinds of feeling.

What is known as body language is much more subtle and extensive in women. It is quite easy to tell if a girl likes you. The lowering of her eyes or the shifting of them to the side is a sign of sexual submission. It means that she recognizes your sexual dominance and instinctively, though unconsciously, makes herself subject to it.

The wide and warm smile that she gives off every time she sees you, her blush whenever the two of you exchange greetings, the twirling of her hair and her effort to make it look neater if she thinks you are looking—these are all manifestations of coquetry. They are hard-wired, primitive, unconscious behaviors that express her attraction to you. But they won’t tell you if she’s single.

Most women who are attached will quickly throw down the boyfriend card. They will find a way to work it into the conversation. This is done even in the midst of the most shameless acts of flirtation. As I said, the sisters are smart: they know how to both flirt and telegraph their relationship status in a natural and seamless way.

But there are cases in which it is not so obvious. You may have seen her with a number of different guys, but you cannot tell if she is dating any of them. In the course of your conversations, she has never dropped the boyfriend card and she carries on as though she doesn’t have one.

If you are like most men, you have no intention of asking the girl you like if she is single. First, it is cheesy. Second, in the informal sexual politics that is at the heart of all dating asking this question gives the game away.

You need not ask her if she is single. All you have to do is pay attention to the signs. Here are a few of them:

She is made up in a neutral setting

If she always looks as though she is about to clubbing, then she is probably single. A girl who goes full Glamazon for a Starbucks run or a quick trip to the grocery store wants to be noticed, and she wants to be prepared for the handsome stranger she might meet in the course of her journey.

She is always with her friends

Your crush may have a lot of guy friends, which may explain why you see her with men. However, if she is involved and is a regular at the same coffee shop, bar, or bistro that you go to, she will eventually show up with her man. If her friends are her only company, then she is more likely than not single.

She checks out men when she thinks they’re not looking

Women who are in a relationship tend not to check out all the guys who pass by them. Single women are more likely to check out every guy who walks through the door. Your crush will not look at you while you look at her. However, if she is single, she will check you and every other eligible bachelor out when she thinks you’re not looking.

How To Tell If She’s Single