This next article is part of an ongoing series here at TSB Magazine called The Success Principles. The series is based on the 64 principles laid out by Jack Canfield in his course of the same name. If youâ€™re new, I always suggest starting any series from the beginning.

What is an inverse paranoid?

He is a person, who, instead of believing the world was plotting to do him harm, he choses to believe the world is plotting to do him good.Â  Instead of seeing every difficult or challenging event as a negative, he sees if for what it could be- something that is meant to enrich him, empower him, or advance his cause.

If you can cultivate this mentality you will soon find that you will begin to embrace obstacles and negatives as opportunities to grow, change, and succeed. 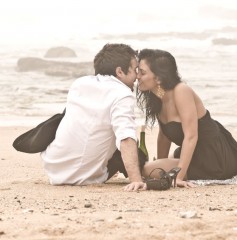 I’ve always had this mentality when it has come to the jobs I’ve held.Â  At one point, I was delivering pizzas for a living, and got in a horrible car crash while on the job.Â  I woke up the next morning and said, “delivering pizza wasn’t for me anyway.”Â  A couple weeks later I got a great job waiting tables.Â  I enjoyed it much more, and made three times the money.Â  I worked at that restaurant for two years, and then had an altercation with one of the managers.Â  I chose to stand up to him, and it cost me my job.Â  I never had a moment doubt as I walked out the door… because I knew a better job was waiting for me.Â  And it was.Â  I got a job at a different restaurant where I worked with cooler people, worked less hours, and made more money.

Long since those days, I’ve kept that mentality towards the jobs I’ve held.Â  I mentioned in Principle 1 that I recently gave up a portion of my business to run TSB full time.Â  I took a huge pay decrease doing that, but I am completely confident that things will work out.Â  They always do!

This is a good mentality to maintain when it comes to your dating life.Â  The first time I got dumped by a girlfriend I had the “world is over” mentality.Â  Three years later, I looked back on the incident as the greatest thing to ever happen to me.Â  If she had never dumped me, I would never have become the person I am today.Â  Nor would I have had the opportunity to meet all the wonderful girls I’ve met since her.

Anytime a romance ends prematurely, and I find myself falling into the sickness… I remind myself how every girl I’ve dated over the years has been one step closer to what I’m looking for.Â  Each failed relationship has opened up the doors for a new, more exciting relationship.

Was there a time in your life when something terrible happened that later became a blessing in disguise?

I have a friend that spend a year in jail… on the day he got sentenced -instead of fretting about his lost time, his future job prospects, or the fact that his girlfriend would inevitable leave him- he said to me:

You better be sending me a constant stream of books.Â  I’ve got to make good use of my time and actually learn something while I am in there.

I took him up on his request, and sent him a new real estate investment book every week.Â  It’s been three years since he has been out of jail, and he has already bought and sold four houses… earning him over $90,000 profit.Â Â  Had he never gotten locked up for a year… I am pretty sure he would still be up to his old habits, and struggling to make ends meat.

But remember, what you believe in your mind, you will conceive in your life.