This next article is part of an ongoing series here at TSB Magazine called The Success Principles. The series is based on the 64 principles laid out by Jack Canfield in his course of the same name. If you`re new, I always suggest starting any series from the beginning.

When you make the decision to change any aspect of your life, you are going to have to confront your fears.Â  Confronting and overcoming fears is the corner stone to the development of self confidence. 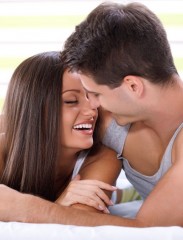 Here is a little secret:  Everyone gets scared.  The successful people get scared, but go ahead with their action anyway.  Unfortunately most people let fear stop them from taking the necessary steps to achieve their dreams.

One of the greatest, most forgotten aspect of the book “The Game” was that legendary womanizer Neil Strauss was shit scared to approach a woman at his first bootcamp.  Here is a man who went on the become a legend with women, and he was almost too nervous to speak.  Where Neil seperated himself from the majority of guys who will never reach his success… is that he felt that fear… and took action anyway.

I remember back in high school, I was taking a speech class.  One of our assignments was to get up in front of the room and lip sync a song to the class.  I watched as each of my classmates went up and performed their songs.  They all seemed so cool, calm, and collective walking up there.  I thought I was the only one who was stressing about it.  Later, after we all finished the everyone in the class started admitting that they couldn’t sleep the night before… one guy admitted throwing up in homeroom he was so nervous.  Yet here I was, thinking I was the only one afraid to perform.

I later had the same realization in regards to my fear of cold approaching a group of girls in a bar.  I thought that there was something fundamentally wrong with me that I was so scared to approach them.  What I realized after talking to countless friends, is that everyone is scared.  My fundamental flaw was that I was not facing my fears as my more successful friends were.

How to Get Rid of Fear

One way to actually disappear your fear is to ask yourself what you’re imagining that is scary to you, and then replace that image with its positive opposite.

For instance, if you’ve got a fear of public speaking, your most frightening image would probably be standing in front of the crowd, at a loss for words, maybe with members of the audience laughing.  If you take Canfield’s advice you instead replace the image of the laughing audience with the image of thunderous applause, and a standing ovation.

Another technique that works for relieving fear is to focus on the physical sensation your currently feeling- sensations you’re probably just identifying as fear.Â  Next, focus on those feelings you would like to be experiencing instead- courage, self-confidence, calm, joy.

Fix these two different impressions firmly in your mind’s eye, then slowly shuttle back and forth between the two, spending about 15 seconds in each one.Â  After a minute or two, the fear will dissipate and you will find yourself in a neutral, centered place.

Another thing I recommend in battling fear is to focus on the times that you overcame it in the past, and 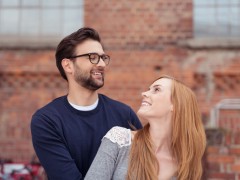 how what once scared you, seems so easy now.  Do you remember how scared you were the first time you kissed a girl, flew in an airplane, gave a speech, drove a car, started a new job?  New things always scare us.  But in order to grow, we have to continue facing our fears, slowly building up more and more confidence in our abilities.

If you fear is so big is paralyzes you, scale down the amount of risk.  If you’re scared of talking to women in a bar, start by approaching a couple guys and make conversation.  After that approach a few women you have no interest in sexually.  Once you’ve built up your courage a bit, then approach the woman you’re really interested in.

AFC Adam Lyons told me a story a few months back how Maxim magazine challenged him to pick up a total stranger in the middle of her work day, by walking into her office and asking for a date.  Adam told me that he was scared shitless to do this.  He realized that he got himself in a huge jam by accepting Maxim’s challenge.  He figured he was doomed to make a fool out of himself in front of the reporter.

But he knew he had to at least give it a shot.  So he went to the office, knocked on the door, walked inside, and then through a bit of bluffing, found himself at the desk of an attractive woman.  He wound up walking out of the office with her number.

Having overcome this fear, he was able to make quite a name for himself in the dating community.  If he was never put in a position where he must face his fear, he would probably never have realized the extent of his potential.