The #1 Reason Most Guys Never Become Successful at Pickup 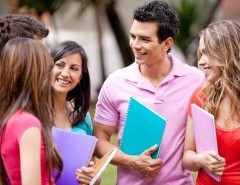 Last month at the Super Conference, Mike Stoute and I had the opportunity to interview most of the Love Systems instructors. One of the questions that we asked them was “What book, outside of the community, has affected your life the most?”

Twice we got the answer Psycho Cybernetics. Mr. M found the book to be so life changing that he offered to buy us a copy. Now I am someone who is constantly on the lookout for new books to increase my growth, so naturally I picked up a copy of the book.

I was midway through the book when I had a huge revelation as to why most guys who study pickup never truly succeed at mastering their game with women. There was one particular line in the book that sums it all up perfectly:

Human beings by nature can learn just about any skill given the right amount of practice. It would seem natural then that a guy should be able to read about about pickup and then go out and practice those skills in field, getting better with each attempt.

There is one big flaw in this ideology.

Human being do not learn well under pressure. When a guy goes out to practice game on women, normally his brain will go into crisis mode. Everything he read in the books, or listened to on CD goes right out the window.

Maxwell Maltz, author of Psycho Cybernetics, sums it up perfectly in this passage:

Although we may learn fast, we do not learn well under “crisis” conditions. Throw a man who can’t swim into water over his head, and the crisis itself may give the man the power to swim to safety. He learns fast, and manages to swim some how. But he will never learn to become a championship swimmer. The crude inept stroke that he used to rescue himself becomes “fixed” and it is difficult for the man to learn better ways of swimming.

This seems to be exactly the problem many guys run into when trying to learn pickup. They’ve gone out and practiced in “crisis” mode. The guys go into a panic during an approach and wind up using material that doesn’t match what they were taught. The “inept” material they used to keep the conversation going, or make a woman laugh, gets ingrained in their mind. Now, each time they go out, this false behavior rears its ugly head.

Dr. Edward Tolman, psychologist and expert on animal behavior at the University of California, says both animals and humans form “brain maps” or “cognitive maps” of the environment while they are learning. If the motivation is not too intense, if there is not too much of crisis present in the learning situation, these maps are broad and general. If the animal is over motivated, the cognitive map is narrow and restricted. In the future, if this one way happens to be blocked, the animal becomes frustrated, and fails to discern alternative routes and detours. He develops a “one response” cut and dried, preconceived, and tends to lose the ability to react spontaneously to a new situation. He can not improvise. He can only follow a set plan.

This is a brilliant observation that I wish I had read years ago!

How do you overcome this?

The key to success comes down to the way you practice. In future articles I will I discuss some of the ways that you can improve the way that you practice. You will be amazed to realize that the professionals in any sport or profession normally practice in these same exact ways.

The #1 Reason Most Guys Never Become Successful at Pickup