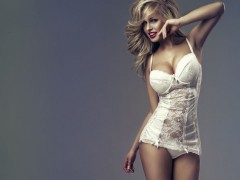 Does cologne go out of style?

I tend to disagree.  If the smell was attractive 10 years ago, chances are it will still be attractive today.  Of course there are some exceptions.

This is simply a list of five colognes that I have consistently had in my collection over the last six or seven years.  What is most amazing about cologne is that it one of the strongest anchors there are for emotional response.  Each of these 5 colognes trigger different memories in my brain.  I feel like a different person when I go out wearing the different brands.

Chanel Platinum was the first brand of cologne bought for me  by a girlfriend.  The stuff was like crack for her.  Something about it drove her wild.  For years she made me wear it, and it never failed to drive her crazy. I wasn’t sure whether the appeal was limited to my girlfriend or other girls found it sexy as well until a conversation I had with a female co-worker.  We were talking about the Christmas gifts we were getting our partners when she told me she was buying her man Chanel, and that she was wickedly attracted to it.  Years after my girlfriend dumped me I still kept wearing it.

Hugo Boss was and still is my favorite smelling cologne.  I continue to get compliments every time I wear it.  And I personally love the smell so I don’t mind wearing it.  Hugo has put out a handful of styles since the original Hugo Boss but i still find this one the best.  It served me well!

This was the cologne of choice for a friend of mine who was a natural with women.  I discovered it one day when I borrowed a shirt from him that still had traces of it on it.  Later that night I did extremely well with a girl that had usually paid my friend more attention  My sick mind immediately placed emphasis on the cologne.  I began spraying myself with his occasionally, and while I never received compliments on it, I always tended to do well while wearing it.  Later I bought myself a bottle, and still wear it today.  Because of the crazy days I’ve anchored to it… I call it confidence in a bottle.

This stuff is like vintage wine.  It keeps getting better with age.  I wore this over 10 years ago during my first year at Montclair State University.  It served me well at the time.  I sort of forgot about it for years until recently spraying myself with it on a trip through Macy’s.  One whiff brought me back to those carefree days strolling the dorms hunting chicks.  I didn’t buy it that day… but I just might buy it now.

Played out.  Yes.  Undeniably loved by the ladies.  Yes.Â This stuff was like love potion number nine for me.  Girls love this stuff.  Love it.  Unfortunately I can never wear this stuff again.  I anchored negative emotions to the stuff.  My ex girlfriend (who was apparently cheating on me) had the smell attached to her one night when she came to visit.  I knew the guy she often flirted with.  I knew the guy wore the stuff.  My intuition turned out to be right.  I threw my bottle away that day and haven’t worn it since.  But don’t let that stop you.