How to Keep New Year’s Resolutions 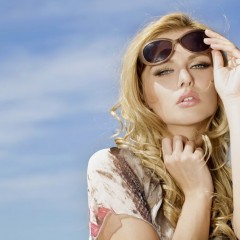 Here are a couple of example goals I`ve made in the past:

Pretty simple, pretty common goals (except for maybe the last one), but still tough to achieve. Each of these is like a little project, so I`m going to think of it in terms of projects management.

That`s it! I told you it was simple. Let`s unpack it a bit. I`ll use one of m projects as an example:

Step 1: My project was to work out 5-6 days per week for the entire year. Going to the gym and working out is one of the most common resolutions out there and I achieved it, for the most part, in 2008. In fact, I`ve achieved it every year for almost the last decade.

Step 2: I defined the details. I wanted to lift weights, put on about 5 lbs of muscle, and also get back into my sport (rowing) and compete in the second half of the year. What was needed was a gym membership, a rowing club with equipment where I could do my sport, and time. I made the time by blocking off 1 hour per week day in the mornings, and 2-3 hours on Saturday and Sunday. I usually took Monday off if I needed a rest day.

Step 3: Finding a partner (or a team of partners) is the key to the whole deal. I found a workout partner to go to the gym with. He was only able to commit to lifting with me for 1 day per week, but that 1 day spurred me to go to the gym 1-2 more days per week because I didn`™t want to get behind. Pretty soon, I formed a habit of going to the gym 2-3 times per week, with or without my partner. In fact, we only worked out together regularly for maybe two months, but after that time I had the habit fully ingrained.

For the sport, I joined my local rowing club, got onto a team (we call them crews), and committed to practicing with them 3 days per week for 6 months. Doing these practices was easy because I had several other dudes relying on me to show up. Plus, we trash talked each other over email and that further inspired me to go to the boathouse.

Having a partner makes you accountable for your actions and partners also inspire you to follow through and do your best. My best advice: Do go it alone!

Step 4: Set a date and embark on the project! I usually start on January 1, but January 10 is fine too, as long 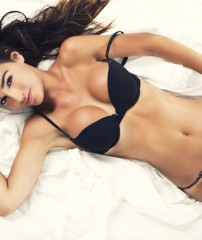 as you actually get the thing going. I waited until mid-summer to join the rowing club because logistically there was no way to do it earlier. Don`t be afraid to schedule those projects in the future.

One of my other goals from above, to get better in the bedroom, was a smaller scale project, and all it required was me reading 3 books and experimenting in the bedroom (note, this also overlaps with my goal of reading more books). Obviously, I had a built-in partner because it was the person I was banging. Schwing! Mission accomplished!

So there you go, 4 steps to keep those resolutions. Treat each of them like a personal project, identify what you need, find someone you can do it with, and you`re golden. Good luck in 2009!