How to Get the Party Started

How To Get The Whole Room Feeling Good

It will happen from time to time (usually a Tuesday or some other weekday) that everyone will be slumming around rez bored out of their minds with no plan for the evening. Being the accommodating individual you are, you will invite everyone into your dorm to chill and figure something out. Now what?

At this point, your probably going to want to spark up a bowl, or figure out how to get everyone as drunk as possible, as quickly as you can. There are a bunch of different ways to get everyone to consume a whole lot in a short amount of time that are a hell of a lot of fun, and by the time your done no one will say they had a boring night.


This is definitely my favorite way to kick things off. Bust out that green bottle and lay out a bunch of jagerbombs for everyone. (Jagerbombs are the best because they give you a nice buzz and crank your energy through the roof.) Shots are SO easy, they donâ€™t make too much of a mess and they require relatively no prep. Popular, EASY shots include Alabamma Slammaâ€™s, Blow Jobs, Afterburners, Prairie Fires etc. You can shoot literally anything and its a lot of fun to play around and see who can handle the most. Another fun shot style game is the Century Club: 1 shot of beer every minute for 100 minutes. Sounds easy? A lot of tough talkers end up praying to the porcelain god by 85, itâ€™s the guys who can do that and keep going that are the real winners. 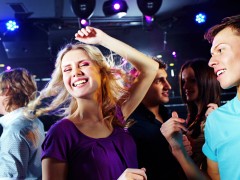 Anyone who has every played beer pong knows itâ€™s something everyone can get into. Drinking games pretty much just get everyone involved and keep their attention, all the while getting them completely slammed. Beer Pong and Flip Cup are definitely two of the most popular drinking games, but I highly suggest trying Beer Baseball, which incorporates both games and gets everyone right trashed. (The last time we played that we went through 138 beers between 8 people.)

Drinking games take a little participation from everyone and just a little prep. (Specifically â€“ beer cups, but youâ€™re keeping those on hand anyways, right?) Other drinking games include Kings, Snakes and Ladders, Horseracing etc. 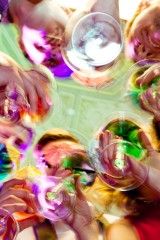 Boys are born with the ability to suck one back (girls learn it in highschool, am I right?) and its always an easy way to get trashed. No Bottles? No problem, thatâ€™s why they make tallboys. Beer bong it, funnel it, shotgun it, I donâ€™t care how just fuckin drink it. Chugging is straight up the easiest way to go, so man up and do it.

Itâ€™s pretty obvious you and your friends are going to get drunk tonight, and if youâ€™re going to do it, do it right. Have some fun with your drinking, maybe grab some weed, and youâ€™ve got the ingredients to have one hell of a night.

About Nathan Poortinga Nathan is a 20 year old journalism student from London, Ontario who constantly hones his drinking abilities. Since public school, Nathan has been giving relationship advice to both sexes, giving him a deep knowledge of the female mind and causing him to often be regarded as a â€œwolf in sheepâ€™s clothingâ€. Nathanâ€™s entire philosophy on life is centered around taking in all available experiences and enjoying life. Nathan spends every free moment with friends, succumbing to one of his many vices and has no plans to change his behavior because this is what makes him happy.