Mixed Martial Arts- Fastest Growing Sport in the World or the Oldest? 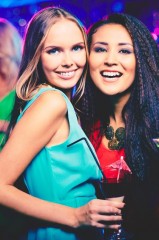 Is it the fastest growing sport in the world or is it one of the oldest?  The answer may vary, depending on whom you ask.  If you were to ask a historian about Mixed Martial Arts (MMA), they will tell you it dates back to the early Greek Olympics. Ask a fan of the sport and they may tell you it all started with the “Gracie Challenge” in Brazil. If you were to ask UFC President Dana White, he might tell you that Bruce Lee is the true father of Mixed Martial Arts. With so many answers to one question, who is right?  Well, in a way, they all are.

While hand-to-hand, mano y mano, one-on-one fighting has been around forever (come on–it pre-dates recorded history) the first known organized event took place in 648 B.C. at the Ancient Greek Olympics. Known then as Pankration, (which translates to “all powers”) two athletes would battle using wrestling and striking skills, unyil one could not continue. From its beginning, it was the most popular sport in the Olympic games. What happened next is what I like to call the first “Dark Ages” of MMA. I’m not going to give you a history lesson here, so to briefly sum it up, civilization grew and society spread. Over the centuries, while mixed style fights were organized, they were so far and few between that they were considered more a spectacle than sport.

Fast forward to early 20th century Brazil, where Carlos Gracie first issued the “Gracie Challenge”. Carlos and his younger brother Helio wanted to prove that their style of Brazilian Jiu Jitsu could defeat any fighting style in a no-holds barred match. To go into detail about the Gracie Family and what they mean to the sport of Mixed Martial Arts could take some time (If you get a chance, look them up. Amazing read!).  What you need to know is that when word of the challenge spread, fighters from around the world flocked to Brazil. Boxers, wrestlers (sound familiar), Muy Thai kickboxers and others would take the challenge. These were known as Vale Tudo matches which translated means “anything goes”. Years later, the sons’ of Carlos and Helio would bring their form of the “Gracie Challenge” to America, which became the UFC.

What came next was the second “Dark Ages” of the sport. America wasn’t exactly ready for no-holds barred fighting. It was widely frowned upon and was even called “human cockfighting” by Sen. John McCain. So, after a few events, the UFC started getting banned in states across the country and was even unavailable on pay-per-view. The sport needed rules and over the years adopted many to get sanctioned. While most states have sanctioned the sport, it is still illegal in some, like New York and Massachusetts. When it started at UFC 1 in 1993, the idea was to match styles vs. styles to 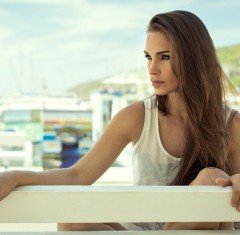 see which one was better. Could a Jiu Jitsu player best a Muy Thai kickboxer?  Was Kung Fu more effective than Judo?  Could a wrestler beat a boxer?  Some 15 years later, things are much different! A participant in the first UFC would likely stand no chance against an MMA fighter of today.  These days, a Mixed Martial Artist is just that–an artist. They are some of the most gifted, dedicated, disciplined and professional athletes in the world.  The late Bruce Lee-who mastered almost every style-is universally considered to be the best fighter. He was a man who mastered not just Kung Fu and Muy Thai, but many forms of Martial Arts.  The best contemporary fighters are cut out of the same mold, well-versed in all styles and forms of Martial Arts. They have evolved, just as the sport has. As UFC commentator Joe Rogan once said, “Since the start of the UFC in 1993, Martial Arts has evolved more than it has in the last 700 years.”  Think about that statement for a moment.  As primitive yet as basic as fighting is, it is still changing and growing, only now at a faster rate than ever before.

If it has changed this much since the start of the UFC a decade-and-a-half ago, I can’t wait to see what the next 15 years brings.

Mixed Martial Arts- Fastest Growing Sport in the World or the Oldest?