More than friends, is it worth it? 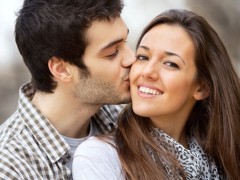 Men and women have come a long way, relationship wise.  Back in the day it was not often heard of for men and women to be “just friends”.  Nowadays women and men can be friends without the sexual connotations.  What happens though when a man wants to be more than friends with one of his girl friends?  This article is in response to a guy who left me a comment asking me, what would a guy need to do in order to get this girl to look at him as more than a friend.

First off, it has to be worth it.  I mean she has to be the last person you think about before you go to sleep at night and the first person you think about when you wake up.  Taking a friendship to the next level is a big step.  The problem that goes in to turning a friendship into a relationship is the difference between being friends and being boyfriend girlfriend.  They are two completely different relationships.  If it doesn’t work out, you risk losing her forever.  People have problems trying to stay friends with their exes.  Can you imagine dating one of your closest friends and it not working, how awkward would your friendship then be.

I had a similar problem myself.  I dated a guy about five years ago.  We were both young and both in school.  We didn’t get to see each other a lot, so we decided to call it quits.  However we really wanted to remain friends.  Which we did and we have been friends for five years now.  Sometimes I have thought to myself, that we are both older now and done school, so why not try it again?  The only problem with that is, I love the way things are between us and I wouldn’t want to lose that for anything in this world.  So to me it isn’t worth it, but I am not head over heels for him either.

So again first step, is it worth it to you?  If it is, then here we go.  You need to show her what she is missing.  Meaning don’t hang out with her for like a week and don’t call or text her either.  Let her miss you.  Talk about other girls; even go out with some other girls.  You could even be a little mean to her.  Not make her cry, but don’t be at her every beck and call.  I hate to admit it, but I will be the first one to admit.  Girls do like assholes or should I say are attracted to assholes.  It’s completely ridiculous but so true.  Every girl goes through that, “I want a bad boy stage.”  So what I am trying to say is, you don’t have to kiss her ass in order to make her like you.

Show her you as a boyfriend; show her what the difference is.  Maybe how you have a romantic side to you.  I doubt 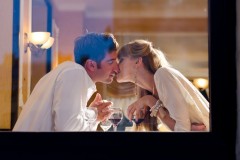 you act romantic with her in a normal situation.  You do want to start slow though, don’t throw everything at her at once.  You don’t want to freak her out and send her running.  It’s a big deal to tell someone who you have been friends with for a while, that you have feelings for them.  It’s not easy for you to say and it might not be easy for her to hear, especially if she doesn’t feel that way about you.

The only way that you are going to get her, is to really show her what she is missing.  I have a lot of guy friends, and there are a few that I am extremely close with.  Close with to the point that we tell each other everything and I mean everything.  When you’re trying to take a friendship to the next level, you might want to start keeping some things to yourself.  I shouldn’t have to spell it out for you, but don’t fart in front of her, or talk about how you banged this girl last night for 2 hours.  You want to stay true to who you are but without being crude.

There is no perfect or particularly easy way to transition from friends to more than friends.  It can be done though, but you will come across some bumps in the road.  The biggest part of it is her being worth it.  If it’s not worth the possibility of losing her, then don’t do it.  If you are head over heels, thinking about her all the time, then definitely take the leap, it’s going to be a big leap, but it would be worth it, in the end.

About Tricia Dove I am 25 years old and a graduate from Rowan University with my bachelor’s degree in Journalism. I am in the process of going to graduate school to complete my master’s in Writing Arts.

More than friends, is it worth it?