In My Humble Guy Opinion (IMHGO) 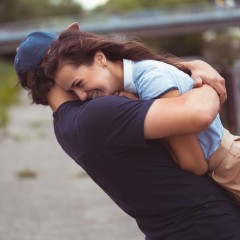 Ok, now that you know not to ignore, whats the next item? Glad you asked! Its pretty simple really. You probably already know it. Its called being honest. Yup! Honest. What I don’t mean is being honest to avoid the situation (or the girl). It’s about being truthful. It’s about saying the honest truth in a kind way. I know it may seem easier to avoid saying the truth because you don’t want to hurt her feelings. I will admit there is a fine line. Don’t just blurt out what you are thinking. But be kind with your honest words.

As a women I speak from experience. There is nothing more frustrating then to have a guy go MIA. Trust me. We women would rather have an answer on why, then none at all. Even though the honest answer may not be what we want to hear, the fact that you took the time to talk to us is very much appreciated. In my humble guy opinion sometimes it is the thought that counts. Its the unknown or the lack of any communication that will drive a women away from you. Don’t do that. Be a man and show a lady respect that she deserves & if you like her keep in touch. Let her know that you enjoyed the first date and you would like another one. Or maybe by the 10th date you don’t feel the connection, then own up to that and KINDLY have a converstation with her. Don’t be a jerk and fall of the planet. Please, please don’t.

I remember a guy I was dating fall off the planet. You know what I mean. He was into me 24/7. Said he would call me later that night. Well, that night came and went. So did the 5 following nights. Not a word. Then randomly I got an instant message. I never did find out what happened to him ( I know he didn’t die, I saw him get online many times). If he would have just said told me the honest to god truth, it would have been so much better. Its not that much to ask, okay my friend? Here is another in my humble guy thought”, why do you just go AWOL? Is it because you are scared? Afraid of her reaction? I don’t know why you chose this method, but for Pete’s sake, stop it! It’s not fair. It’s not kind. It’s mean. Don’t do it!

You see guys, you are setting the the stage for the next guy. Remember this, what you do (or don’t do) is setting the stage for the next guy. Your actions affect guys reputations everywhere. Remember this little saying: “whatever you do, affects someone else”. So if you mess up, it’s going to affect every other guy. The WRONG way. Start an honest trend:) If you do, I for one will be very happy. And let me speak on behalf of the other ladies out there, they will as well.

Being honest is a HUGE component to lasting relationships. Being honest takes some work on your part. Honesty is not a cop out. Don’t say something and call it “honest”. Be real because you know it’s the right thing to do. Not because you feel forced to. It may mean admitting something that you aren’t proud of. Or it may be just being honest with yourself. That may take time. It is hard to be honest with yourself. Whatever it takes for you to be honest, please do it. It’s the best gift you can give to your self! It’s the best gift you can give someone else.

About Sarah Stanley Sarah Stanley is an athlete, entrepreneur and all around fun & positive girl. She is regularly sought after for real, practical, inspirational and down-to-earth advice on fitness, health, life & business. You can follow her on twitter or visit her website.

In My Humble Guy Opinion (IMHGO)