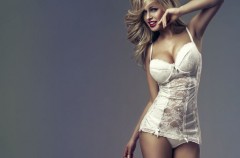 Windows 7 was your idea, right? I mean, that’s what Microsoft’s advertising is hammering into your skull: you created Windows 7. Well, if that’s the case, then Bill Gates better pay you royalties! I know what you’re thinking, But Rob, won’t that mean tracking Bill Gates down and drafting a long, boring letter to him? Good point and I applaud your laziness. So I went ahead, took the trouble of finding Bill’s email address (billg@microsoft.com), and penned him a letter for you to copy and paste! When Microsoft antes up the money they owe us, the first thing I’m going to do is challenge you to a yacht race in Cape Cod. See you there, chap!

I regret the formality, Bill…but you owe me cash, son. Both you and I (and every American who doesn’t live in a shack in the woods) know Windows 7 was my idea. Yeah, I’ve been humble about it, even if you’re going and plastering it on every billboard from Canada to Mexico. I’m not really drunk with power, nor do I want fries with that, and I’m certainly not a PC (what the hell are you implying by that, anyway? That I’m some kind of robot?).

To be honest, I didn’t realize how much of a contribution I was really making until you started broadcasting it. Sure, I sometimes click the “Send error report” box when Word fucks up. If that’s enough to credit me as the brainchild behind your new operating system, I’ll take it. As long as I get my money from it, that is.

To be honest, I have no idea if Windows 7 is good or not, since I’m still using XP. But who cares, anyway? There’s no need for me to understand all the intricacies. I mean, it’s not like this is Apple where everything is all condensing and pretentious. (Oh, speaking of which, even though I’m now on the Microsoft payroll, I’m not giving up my iPhone. I love “apping” too much.)

Already I’m enjoying the celebrity of my contribution, as it has proved a great line to use on drunk girls at bars. Who isn’t impressed when they ask what I do, to which I tell them, “You know Windows 7? Yeah, I don’t want to brag, but that was my idea.” However, that line will only get me so far. I want to pickup girls the time-tested, respectable way: by becoming a rich, pampered jerk. So fork it over Bill.

Oh, just for the record, here are a few Microsoft bloopers that were definitely not my idea: the paperclip in Word, Windows Vista (seriously, what were you guys thinking?!), everything that happened in 2007, and hiring Steve Ballmer. By the way, Ballmer has really been embarrassing our company.

I look forward to receiving that fat royalty check. Until then, enjoy dealing with Ballmer.