The Four Phases of Picking Up a Girl 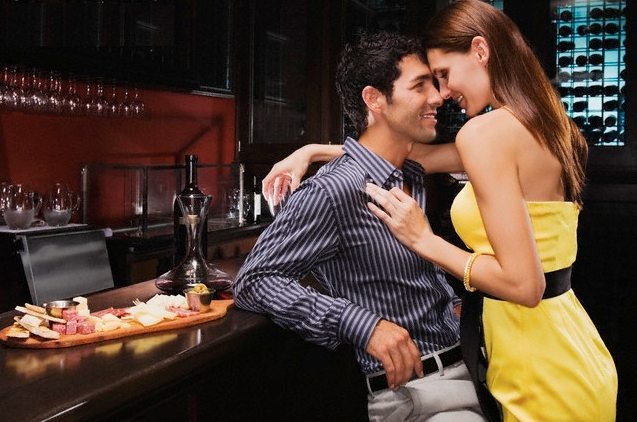 How to Pickup a Woman (in 4 Steps)

Yesterday someone asked me why I wrote my article from last week. To him, it didn’t seem as if there was anything groundbreaking or even “article-worthy” about it. This came as a surprise to me, since I thought that article was monumental in helping guys understand the TRUE emotional progression of meeting women.

Though, since I’m more concerned with helping YOU meet and attract the women you want rather than being seen as some “all-powerful guru,” I had to reevaluate that article. And, on second glance, he’s right: the message was clouded by my own subjectivism.

Don’t be caught off guard

Moreover, since understanding the proper EMOTIONAL PROGRESSION of an interaction with a woman is CRUCIAL, I want to expand and clarify on last week’s article. I want to explain what most guys THINK is the proper emotional progress, explain why it’s wrong, and then explain how to do it right.

So, here is the revised emotional progression of an interaction:

1. Getting her to FOCUS on you

Traditionally, most men think the first phase of meeting a woman is striking up a conversation with her. Whenever I point out a woman to one of my students, and tell them to approach, their response is always, “But what do I say?”

And if you’ve ever stopped short of approaching an attractive woman because you “didn’t know what to say” (and don’t worry, we all have!), you’ve fallen victim to this intuitive fallacy. Almost all men believe an interaction with a woman begins with conversation—whether that conversation begins with a pickup line or an “opener.”

And that’s exactly why most men never learn how to approach women and pickup girls properly.

Instead, your ONLY aim should be to get her FOCUSED on you. To do that, all you need is her ATTENTION. You can get her attention by tapping her on her shoulder, stepping in front of her and saying, “EXCUSE ME,” gently grabbing her by the arm, making strong eye contact with her, or a million other ways men get women’s attention.

What’s important isn’t what you say, your body language, your vocal tonality, or anything else men worry about—all that matters is this: DID YOU GET HER FULL ATTENTION. Not only is that objective extremely simple, it also silences stupid excuses for not approaching women like, “I couldn’t think of anything to say.”

Now that you know the truth, the old “I couldn’t think of anything to say” excuse is turned on its head. If you DO think of something to say, you’re probably doing something wrong!

Aim for her attention, not a conversation.

Once an interaction has begun, most guys think it’s time to “get her attracted.” While this makes sense intuitively, what most guys don’t realize is that intentionally getting someone attracted is IMPOSSIBLE. Attraction is a very subjective experience for each individual, so to think that you can “systematically” apply a set of behaviors to attract women is flat-out wrong.

If you’ve ever felt “try-hard” around a woman—which is when you feel you’re doing way too much and not getting much in return—you were probably trying to get her attracted. Having been a guy who did this for a long time, I know how unnatural it feels. We feel unnatural because we’re not acting in alignment with our own personalities. Instead, we’re trying to align our behavior with something out of our control (which is getting a woman attracted).

Rather than chase the illusory goal of attraction, your only concern should be EMOTIONAL COMMUNICATION. Communicating emotionally means you:

Those bullets are merely pointers—not rules or laws. And I only mention them so you have some concrete examples of what “emotional communication” means. When you communicate emotionally, you’re not communicating logically (which is another type of communication, as you’ll read in the next phase).

Emotional communication can be thought of as “flirting” or “teasing,” HOWEVER don’t let those labels cloud your ultimate objective, which is eliciting an emotional response. Unlike attraction—which is a very subjective experience for a woman—getting a woman emotional is much more broad and simple.

You may have no idea what gets a woman “attracted,” but you know exactly how to get her “emotional.” That’s because getting a person emotional is very simple: you just avoid getting logical. Whenever a woman brings up a logical topic, you smile and steer the conversation back to an emotional one.

While this isn’t a 100-percent foolproof system for getting every girl, you will have exponentially more success simply getting a woman emotional rather than trying to get her “attracted.”

3. Develop a sense of rapport

Once a woman has invested herself emotionally, you must begin to develop a sense rapport. While getting a woman emotional is great, if that’s all you do then you won’t seem like a real person to her. Instead, you’ll just come off as a goofball or cartoon character, and she’ll never return your calls or even seriously consider you as a romantic prospect.

However, a feeling of a rapport HAS TO HAPPEN once a woman is emotionally invested. If you never establish yourself as a real person, you’re just going to be another fun-boy to her. Learning the difference between EMOTIONAL COMMUNICATION and LOGICAL COMMUNICATION is one of the most important aspects of learning to become successful with women.

4. Get her sexually aroused

Once you’ve developed some rapport with a woman, it’s time to arouse her sexually. Whenever I say that, most guys freak out because they think I’m advising them to do X-rated things to a girl they just met. This is absolutely not the case.

Sexual arousal (in this context) has very little to do with physical arousal. Instead, sexual arousal means stimulating her sexual desire MENTALLY and EMOTIONALLY. As you probably already know, women become sexually aroused OVER TIME. This is often hard for us men to understand because we become aroused almost instantly.

For a woman to feel sexual arousal, you should:

– Create sexual tension, and let it simmer rather than diffuse it
– Openly and honestly tell her how you feel about her
– Cut the “personal space” between you so that you’re very close
– Hold very strong eye contact

All these behaviors would be considered “creepy” if the other 3 phases didn’t happen. However, if you’ve gotten her 1.) focused, 2.) emotional, and 3.) to feel rapport, then these sexual arousal behaviors are not only appropriate—she actually wants you to do them.

In fact, if you don’t sexually arouse her at this point, then you risk actually losing her. Unfortunately, there’s only a small window of opportunity to fully crystallize yourself as a new romantic prospect to a woman. If you don’t act on that opportunity, then you’ll probably find yourself in the friend-zone or disqualified as a romantic prospect.

Again though, I want to point out that I’m NOT saying you need to do anything explicit or overtly sexual at this point. During the sexual arousal phase, you just need to establish that you’re NOT friend guy, you’re NOT conversation guy, you’re NOT fun guy there for her entertainment…you’re ROMANCE guy. To be anything less than that just wouldn’t be right.

Putting it all together

The 4 “phases” I listed above are what most women need to experience before thinking of you as a “romantic prospect.” If you neglect any of these 4 phases, you’re probably not going to get the girl. And most of the problems you’ve had in the past with women probably stemmed for either 1.) neglecting one of these 4 phases, or 2.) applying the phases out of order.

With that said, however, this 4-step guide should not make you neurotic. If you find yourself slipping into logical communication right after you get a woman focused, don’t sweat it. Overall, I’d estimate that if you can apply the above phases 75% correct, then you’re golden. These 4 phases aren’t the immutable laws of pickup—they’re just a framework to keep in mind to fast-track your success.

(By the way, if you want an easy way to remember this “system,” think of it as F.E.R.A.: Focus, Emotion, Rapport, Arousal)

Before sending you off into the world to apply this highly effective FERA progression, I want to end with a closing caveat. A lot of your success or failure when applying this framework depends on the timeline with which you do it. If you wait until your first or second date to start sexually arousing a woman, it’s probably not going to work.

The effectiveness of this system is directly proportional to how quickly you can apply it. If you can run a woman through all 4 phases of FERA in under 10 minutes, you have a much higher chance of getting that girl than if it takes you 10 days.

Rest assured though, the more comfortable you become with transitioning from step to step of the FERA system, the faster you’ll be able to apply it. So get out there and give it a try on the next beautiful woman you encounter!

>>>To Learn More From Rob, Check Out “The 4 Elements of Game” where he breaks down game into four simple adjustments.

The Four Phases of Picking Up a Girl