A Massive Tutorial on Flirting, Part 1 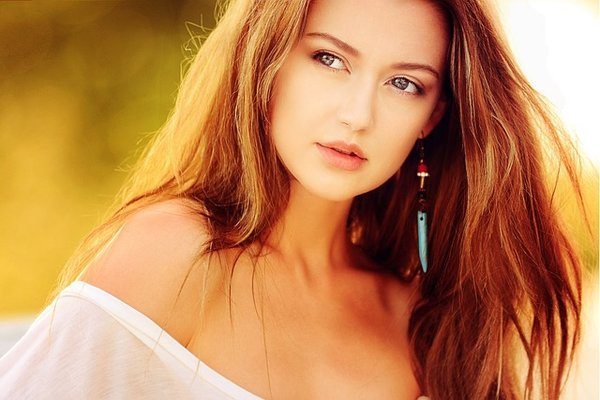 How To Literally Flirt With Women & Tease Her Panties Off

Stay tuned later in the week for Part 2.

Are you trying to figure out how to really flirt with a woman in a way that gets her sexually turned on?

I mean, we’ve all read stupid advice that doesn’t work that advocates doing lame things like “just be yourself” or “just talk to her”, but then it doesn’t actually give you REAL information about how to actually pull it off?

I think it’s kind of patronizing because those articles think you’re a moron. I mean, if you really knew how to “just be yourself” and were able to “just talk to her” would you really need to read that stupid article in the first place?

I don’t think so!

Yes, I did say ONE result, you only want ONE result from the interaction when you flirt.

So what’s the most important reason for flirting? It’s simple. You want to get women attracted to you in a SEXUAL manner, so much that she’ll want to actually sleep with you.

For some reason, a lot of men mess this up and when they attempt to flirt, they go overboard and make the women feel horrible, or even worse… they do not flirt at all and then end up getting the “let’s just be friends” talk.

So what I’m going to do is let you know step by step what you need to do during the seduction process when you are flirting with the women around you.

This is What Your Flirting Needs to Make Her Feel

Roughly speaking, there are five things you must do when you flirt with her. This is super-duper important because you do not want to end up annoying her, getting no response, or worse coming across as “too strong” and being the creepy guy. I am trying to make you avoid looking like the guy who fails at flirting and ends up harassing her. When you flirt with a woman, you should make her:

Yes, this is pretty obvious, when you flirt with her you want her to like you more. So this means if you end up teasing a girl too much to the point where she takes it seriously or personally then you’re doing it wrong. Take a step back and ask your friends if what you’re doing would piss off their girlfriends.

2. Feel Really Comfortable to be Around You:

One of the side benefits that your flirting should achieve is to make her feel as if she has known you for a long time. What you want to do is give her the impression that you’ve been in her life forever. So how do you achieve this? It’s not that hard. Do you only joke around and make fun and tease the people close to you? You do right? So all you need to do is be the guy that is comfortable with joking around with her and playing around. This is a super fast way to make her feel as if you know her well.

3. Give you hints about how she feels:

Most guys really have no idea when a girl likes them. So flirting is one of the best yardstick to determine where you are on her attraction charts. The best thing is you won’t need to be like “oh does this girl like me” anymore. Once you get good at flirting you’ll know if she likes you. Here’s a basic test. As long as she remotely responds to you positively in any way shape or form (as in she doesn’t just outright reject you) then you have a chance. However, if you do something that and she’s doesn’t give a shit about or gets angry, then chances are she doesn’t like you that much. Sure this test is basic, but it will suffice for now. I will elaborate on this point later.

4. Sexually attracted to you:

The thing about being a good flirt is, you’re going to be able to supercharge whatever attraction she had for you already. Prior to you engaging with your flirting with her she might be remotely attracted to you. Having said that, AFTER you flirt with her, she’ll be wanting you and your body!

5. Place you out of the friends zone:

I think we all know that getting the “let’s just be friends” talk really does suck. That’s what happens if you DO NOT flirt with her. But, having said that, once you tease and flirt with her correctly, there’s no way in hell that you’re going to be able to be placed in the friends zone. In fact, if you are her “friend” she’ll place you in a special zone inside her mind that is like “friends for now because for some reason we cannot hook up right now” zone.

In part two we are going to go through specific flirting techniques.

About Maurice_Jackson Maurice Jackson is the author of the Supernatural Seduction System and has been helping men improve their game with women online since 2008. If you would like to learn more from him, have a look at: http://supernaturalseductionsystem.com/

A Massive Tutorial on Flirting, Part 1