Is The Vegan Diet Best?

There is often much debate as to what diet is the best. There is a lot of information supporting a wide range of diets, ranging from the “caveman” Paleo diet to the vegan diet.

This article will be discussing the vegan diet, specifically. I will go through a couple of studies performed on vegan diets and discuss its health effects.

A study showing the vegan diets anti-carcinogenic properties was performed by the Nathan Pritikin Research Foundation. In this study, blood samples were taken from people on 3 different types of diets and exercise regimens.

The first group were vegans who performed moderate exercise, such as walking, for 30-60 minutes day. The second group was your typical omnivorous American diet of processed foods and preservatives, who exercised strenuously daily for an hour. The last group was a control group who made no changes to diet or exercise.

After 14 years, blood samples were taken from these 3 groups, where they were examined. Blood was put into petri dishes that contained prostate cancer cells, in order to determine which blood cells had the most effective cancer-fighting properties. 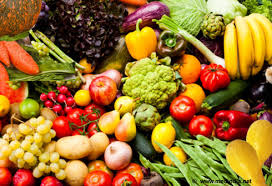 The vegan blood had by far the most success killing the cancer cells.

Another study comparing vegans, vegetarians, and omnivores, was conducted by the British Journal of Cancer Research.

In the study, there were 233 vegans, 237 meat-eaters, and 237 vegetarians. Blood samples from each subject were taken and examined in a laboratory. Analysis of the subjects showed that vegetarians and vegans had lower body weights, BMI, calorie intake, protein intake, fat intake, alcohol intake, and cholesterol intake than their meat-eating counterparts.

Vegans also had higher rates of polyunsaturated fatty acids consumption than the omnivores.

According to this study, the lower levels of IGF-1 hormone may be sufficient to conclude that vegan diets may be a great way to reduce cancer risk.

So what does this information mean?

Does it mean that vegan is best and eating meat causes cancer?

On a basic level, the answer is “no.” Nothing is so black and white. IGF-1 is not to blame for cancer. IGF-1 has been shown to allow for cancerous cells to grow faster, but it has some very important uses.

IGF-1 plays important roles in the growth and development of children, and helps adults cells grow and divide. Low levels of IGF-1 cause children to not develop properly, and low levels in adults cause a loss of muscle mass and strength.

Low levels of IGF-1 has also been associated with high incidences of cancer in relation to men with normal levels (not high levels). This tells us that it is ideal to have IGF-1 levels that are neither too low or too high.

Most of the studies on the topic tend to compare vegans to the typical American diet, which is full of processed foods, carcinogens, preservatives, and low-quality meat. Of course, the results will show that being a vegan is better.

What to take from this information:

– Eating meat is okay – Although it is more expensive, try to consume meat from good sources, such as grass-fed, Organic, hormone-free sources. Try to avoid meat from grain-fed sources because of its inflammatory effects. Grass-fed sources, or wild game, are anti-inflammatory. 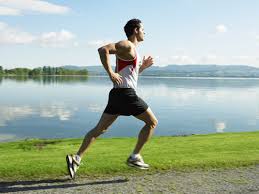 – If you have cancer, it may be best to decrease IGF-1 levels, with the advice of your doctor.

There are some studies that show that vegan diets may be very healthy, and may even have some cancer-prevention effects. However, until there is a study comparing vegan diets to healthy omniverous diets, these studies need to be taken with a grain of salt.

Vegan diets high in vegetables, nuts, fruits, and other health foods, will no doubt have great effects on our health. These foods are packed with vitamins and minerals.

Omnivorous diets high in these same foods, combined with good-quality meat will also have very positive effects on our health. Vegans are strongly advised to take vitamin B12 and protein supplements.

Is The Vegan Diet Best?