We all have food cravings. We all have certain foods that are just so hard to resist. No matter how hard we try, we just cannot stop ourselves from shoving these foods down our throats. This can often make losing weight extremely difficult. Or it could be a good thing, as we can crave foods that are very healthy for us.

But why do we crave these foods?

Is it because our bodies are asking for certain nutrients? Is it random? Does it have to do with sugar or fat?

The answer may surprise you.

Studies have shown that men actually experience food cravings much less frequently than women. Men tend to crave meal-related foods, such as steak, while women tend to crave comfort food, such as chocolate. Women also tend to feel much guiltier after indulging than men.

The reasons for these differences are not quite understood.

Are there any physiological reasons to our intense food cravings?

Do we crave that steak because our body is asking for protein to rebuild our muscles after a grueling workout? If this were to be the truth, it would not make sense as to why we crave so many foods that are so detrimental to our health.

It appears to be that cravings are mostly because of social, cultural, and psychological reasons. 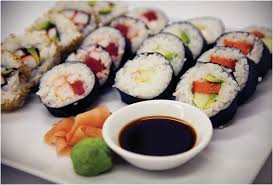 Only about 60% of languages even have a word for “cravings.”

To test whether or not hormones have a big effect on food cravings, a study conducted at the University of Pennsylvania looked into the reasons for premenstrual cravings in women. In the study they compared the levels of cravings for chocolate in post-menopausal women.

Had it been based on hormone levels, the women should have experienced a 38% drop in chocolate cravings.

However, the study only showed a 13% drop, indicating that the cravings appeared to be more of a desire for the pleasurable effects of serotonin received from the chocolate consumption, rather than a result of the female reproductive hormones.

In a study carried out in 2004, subjects were given vanilla-flavored protein drinks for 5 consecutive days to test food cravings for a newly introduced food.

After those 5 days, the subjects started to crave those protein shakes after going back to their normal diets.

In 2011, a really interesting study conducted on food cravings was published. The study wanted to test to see what would happen to our food cravings if we go on specific diets.

In the study, one group of subjects went on a low-fat diet while the other group went on a low-carb diet. This study lasted for two years.

The low-fat group, on the other hand, had much less desire for high-fat foods.

So what does this study tell us?

That we crave the foods that we are eating. It shows us that we can change our cravings and our diets. Food cravings are about habit and availability.

How about the similarities between food cravings and drug cravings?

This appears to also play a big role in our strong desires for certain foods. Our food cravings are very similar to our drug cravings. The hippocampus, insula, and caudate are three parts of our brains that are associated with drug addiction. They are also involved in food cravings. 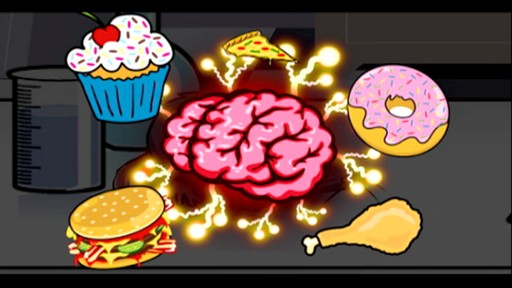 When we are constantly indulging in our food cravings, drug addictions, and alcohol consumption, the dopamine receptors in our brains turn off to prevent an overload. When this occurs, we tend to crave more and more in order to achieve that same level of pleasure.

This is why alcoholics need more and more drinks to experience those same feelings. This is similar to food cravings, as, over time, it will take 3 donuts to get the same effect as one donut used to give us.

This whole process is a vicious cycle that cannot be satisfied that always leaves us wanting more.

What effect does sleep have on food cravings?

Sleep appears to have great effects on our food cravings as well.

A study performed at Columbia University showed that subjects who were sleep-deprived were much more likely to desire high-calorie foods than their well-slept counterparts.

In the study, it was found that the part of the brain most associated with pleasure centers were 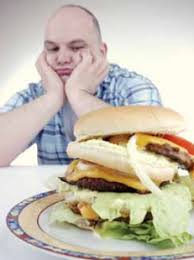 much more active in sleep-deprived people than in well-rested people.

It appears to be that when we don’t get enough sleep, we naturally desire foods that are high in calories to help us get through the day.

Other studies have shown that it may not exactly be food cravings that cause us to overeat when tired. Our frontal lobes, which are responsible for decisions, seem to be impaired when tired, and thus, causes us to not be able to make well-informed decisions as easily.

Regardless of the reasons, sleep is beneficial in relation to our ability to make good dietary choices.

4 Things To Do To Help Alleviate Your Food Cravings

The more you resist the more you will crave. Observe your cravings and realize that you crave the foods that you do. Once you realize this, try not to act upon them.

This idea was carried out in Australia. Two groups of chocolate cravers were given bags of Hershey’s kisses and were told to take the bags with them for the next two weeks.

Prior to the two weeks, one group had their cravings for chocolate challenged while the other group was told to observe and accept, b

ut to not react.

After two weeks, those who had their cravings challenged ate 3 times for more chocolate. Those who acknowledged their food cravings and did not fight them, naturally stopped eating as much chocolate.

As if we needed more reason to exercise, exercise has been shown to significantly decrease food cravings.

3. Craving food? Have a meal first.

It appears that we crave the foods that we are always eating. If we do not have access to those foods, however, we will not be able to eat them. When you go grocery shopping, buy foods that are healthier. Remove the foods from your home that are unhealthy.

Over time you will begin to crave the new healthy foods, and your health will greatly improve.