Is The Morning The Best Time To Do Cardio For Fat Loss?

There are a lot of different ideas as to when the optimal time to do cardio is. Many swear by performing cardio first thing in the morning while others feel it is important to consume complex carbohydrates a few hours before aerobic exercise.

So which is best? When is the best time to do cardio?

This answer will depend on your goal and your preferences.

If your goal is fat loss, then performing cardio first thing in the morning may be the be a good method of action. 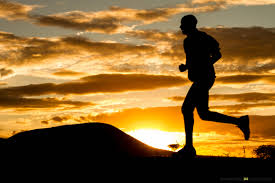 In 1985, a study was conducted at the University of Kansas showing that performing cardiovascular exercise early in the morning caused much greater fat loss than aerobic exercise performed in the evening.

Another study conducted in Belgium had 3 groups. The study lasted 6 weeks. One group performed high-intensity running and cycling in the morning in a fasted state. Another group did not exercise at all. The final group engaged in high-intensity cycling and running later in the day. 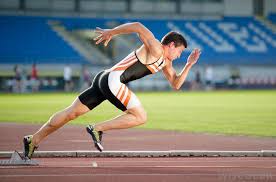 All of the three groups were all also put on a diet in which calorie intake was increased, and this diet was very high in fat. The results of the study showed that the group who exercised later in the day gained more weight than those who exercised in the fasted state in the morning.

The group who exercised in the morning also experienced adaptations in muscle and experienced improved whole-body glucose tolerance and insulin sensitivity.

Some studies, however, have shown that performing cardio in the fasted state may not be the best idea.

A study published in the Journal of Sports Nutrition and Exercise Metabolism compared fat metabolism during training in the fasted state versus training after eating. Each subject consumed the same Mediterranean-style breakfast. They also consumed the same amount of calories in the 24 hours following exercise.

So what does all this information tell us?

Like with so many topics in the realm of fitness and nutrition, there is no black-and-white answer.

Exercising in the fasted state may have a positive impact on fat loss. However, none of the studies I found that showed that cardiovascular exercise resulted in greater fat loss measured fat loss 24 hours after exercise, but only during the workout. There is a lot that happens after the workout is over.

These studies should be taken with a grain of salt. Workouts early in the morning may cause a greater fat loss and there are many studies backing this up. However, when training on an empty stomach, the level of intensity of your workouts will be limited.

Performing high-intensity exercise in a fasted state will not be very effective, and may even be dangerous since your carbohydrate energy stores will be low, which is the primary fuel during high-intensity training.

If you have performance goals, then workouts in a fed state would be optimal for improving your performance. 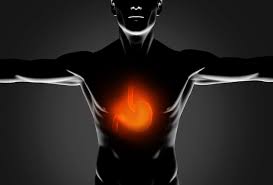 Fat is utilized as energy in low-to-moderate forms of exercise, which is not the ideal type of exercise if your goal is to preserve muscle mass when exercising.

To date, the best form of cardio exercise for fat loss is high-intensity-interval-training, or HIIT. In this form of exercise, the exerciser burns more calories and fat post-workout than low-intensity exercise.

After a HIIT workout, you will burn calories for the rest of the day, even when you are sitting on your couch watching television. Not only do HIIT workouts take less time, they result in almost twice the fat loss.

Performing cardio in the fasted state may result in greater fat loss, but it is not necessary. If doing cardio first thing in the morning fits best with your schedule then go for it. However, if you would rather do your cardio later in the day, then do it later in the day.

Whether you perform cardio in the morning, afternoon, evening, etc., as long as you are consistently taking part in aerobic exercise, that is what is most important.

Is The Morning The Best Time To Do Cardio For Fat Loss?