Whether you are going for a run, or going to lift some weights at the gym, nutrition is very important. There is a lot of information, and misinformation, regarding protein’s link to muscle mass and muscle building, but we often neglect the importance of carbohydrates on performance.

Carbohydrates often get a bad reputation, and there is much up for debate, but one thing that cannot be disputed is the importance of carbohydrate’s role in providing energy to our bodies.

This article will focus primarily on optimal carbohydrate intakes before, during, and after exercise, for maximal performance.

It is important to understand that complex carbohydrates include foods like pasta, rice, bread, potatoes, and peas.

Simple carbohydrates consists of anything very sweet, from fruit to sports drinks to energy bars to candy.

Carbohydrates Before The Workout

Ideally, it is best to consume carbohydrates approximately 4 hours prior to exercise.

– give a psychological boost

It is important to consume approximately 300 g of carbohydrates during this pre-workout meal.

However, if you are unable to do so, research has shown that consuming a pre-exercise meal one hour before exercise consisting of 1 g of carbohydrates per kg of body weight can also provide good results.

If for some reason, this is also is not possible, then consuming a simple carbohydrate, such as a fruit or a gatorade, 5 minutes before exercise in the amount of 30 g may improve your endurance performance.

Ideally, you would want to consume your carbohydrates 4 hours before exercise to prevent rapid spikes of blood glucose followed by quick drops.

There has been a study that showed that athletes who consumed carbohydrates only 1 hour prior to exercise experienced early fatigue due to rapid blood sugar drops. This, however, can be negated by consuming carbohydrates during the workout, which will be discusses later in the article. 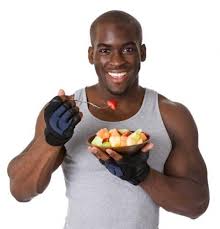 – consume 300 g of carbohydrates (complex carbohydrates, such as pasta, bread, or rice) about 4 hours prior to exercise

– consume about 30 g of carbohydrates 5 minutes prior to exercise (in the form of simple carbohydrates, like a banana or a sports drink).

It might be very beneficial to consume carbohydrates during exercise to replenish glycogen stores.

A study published in 1986 by Coyle and colleagues showed that consuming carbohydrates during cycling by athletes exercising at 70% of their VO2 max, were able to delay fatigue by up to 60 minutes.

By consuming carbohydrates during the workout, you will allow yourself to exercise for longer.

Those athletes that consumed carbohydrates both during and before the workout were able to exercise for much longer than either of the other groups.

The amount of carbohydrates recommended during competition varies.

For those exercising less than 45 minutes, no carbohydrate intake is necessary.

For those exercising at a high intensity for 45 to 75 minutes, small quantities of simple carbohydrates, such as sports gels and fruit juices, may help

For those athletes exercising at a high intensity for 60 to 150 minutes, 30-60 grams of simple carbohydrates are recommended.

And for those super athletes who exercise for over 3 hours at a high intensity, 80 to 90 grams of simple carbohydrates per hour is recommended. 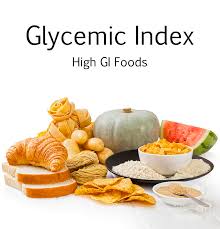 After the workout is over, your energy stores will be depleted, and it is important to replenish.

If you have less than 8 hours between your exercise sessions, it is vital that carbohydrate consumption begins immediately to make the most of your recovery time.

Try to consume about 1 g per kg of body weight within the 4 first hours following your workout, and try to consume carbohydrates every 15-30 minutes.

You will want to consume foods that have a high glycemic index, such as potatoes, fruits, and pasta, following exercise.

If you have a lot of time to recover, all that matters is that you consume adequate amounts of carbohydrates throughout the day to allow your energy stores to replenish.

It can be in the form of simple or complex, but it may help to consume foods with a high glycemic index, following exercise.