Food and Drinks that Can Kill Your Sex Drive 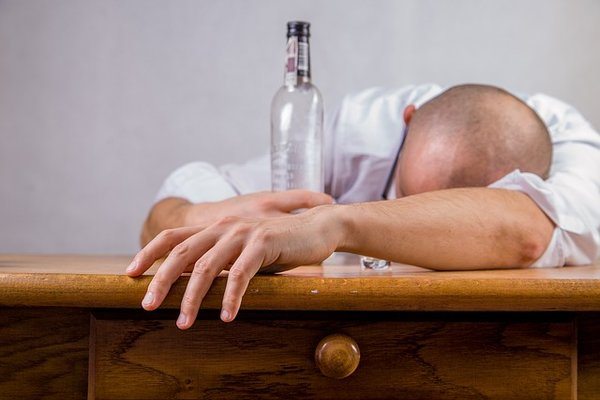 There are a lot of things that can affect the libido in life, but if you notice your sex drive takes a sudden turn you might want to take a look at your diet. Like it or not what you eat and drink can have affects on your sex life. Here are some common things that can and why.

You might have noticed that drinking a lot can make it challenging or impossible to make the magic happen in bed. Alcohol can make it harder for you to have an erection and/or an orgasm, but for some people small amounts of alcohol can actually increase the libido. (Not that you should be relying on alcohol to get you in the mood however.)

For some people drinking too much caffeine can make anxiety worse, since it is a stimulant. If you have an pre existing anxiety disorder then it can make it worse, which in turn decreases the libido. Try cutting back on the brew or switch to reduced caffeine drinks some of the time so you can keep sipping without overloading the body.

If you eat a lot of cheese you might want to switch to organic cheese or cheese that comes from cows who have not been treated with hormones. Synthetic hormones are often present in milk which is used to make cheese, and in some cases this can affect the levels of testosterone and estrogen levels in the body.

Most canned foods are high in sodium to preserve them, and eating a lot of salt can cause high blood pressure, which is turn can lower the libido. Think canned corn, beans, and other savory foods.

Processed meats are another food that is very high in sodium, and can also include some hormones. As mentioned above, foods high in sodium can increase the blood pressure which in turn can lower the libido. Instead of processed meats which to lean cuts of other meats like chicken breast. In addition to lowering the libido, high blood pressure it not healthy for the body in general.

The added hormones in a lot of processed meats can affect your hormones as well, so pay attention and eat as fresh as possible whenever possible.

Black licorice sounds like a pretty harmless snack as far as treats go, but it contains an ingredient called glycyrrhizin which when consumed in excess can cause headaches and lower testosterone levels. It’s probably not an issue if you eat it occasionally, but if it’s a go to snack then it’s something to consider.

There is a lot of debate about what exactly artificial sugars do to the body, but some studies theorize that they might have an affect on your serotonin levels, which directly affect the mood. If your mood drops then your libido can too. To be on the safe side avoid food and drinks that have artificial sugars added, just in case.

Food and Drinks that Can Kill Your Sex Drive