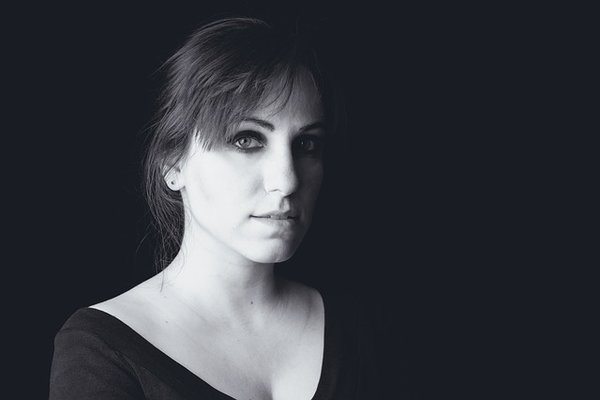 You may have met her as part of a group of friends or through a mutual friend. The two of you instantly hit off. You spoke, laughed, and flirted. You found in her someone who shares your sense of irony. You mingled with other people but kept coming back to each other. After that first meeting, you agreed to see each other again. In many ways, she is the perfect girl for you: she is witty, fun, and pretty, or perhaps plain in some inexplicably attractive way. There is only one problem, and it is one that you’ve known about since the beginning: she is a lesbian.

Straight men crush on lesbians, just as lesbians, occasionally, crush on straight men. I can site no statistics to say what percentage of individuals in the one community regularly hanker after someone in the other, but I do believe, as Sigmund Freud long ago stated, that sexuality is much more fluid than most people acknowledge.

You do not have to be hindered in your quest to win over your crush by the false boundary walls of identity. However, you must banish all thought of living out the kind of “turning” fantasy shown in the film Chasing Amy. It is best to face the fact that as a straight man your sexual attraction to your lesbian friend takes you from being a lesbro to a wannabe lesbeau, and this presents a number of challenges.

First, you should neither deny your feelings nor abruptly break off relations with her. She is not to blame for the way that you feel. The fact that the two of you get on and are receptive to one another’s minor flirtations is a product of being human. Sometimes we meet people whose kindness, caring, generosity, good humor, or good looks attract us. We like to be complimented and shown affection by such persons and to show them the same treatment in kind. The worst thing you can think is that your lesbian friend is somehow leading you on. It isn’t so. You must accept the fact that the words and actions that have passed between you are a natural product of the relationship as it has emerged.

Second, part of being honest about what’s happened to you is finding out if she feels the same. You might be surprised to learn that she is similarly smitten, but has tried to manage her emotions by keeping things as light and friendly as she can. If that is her response, then it means she is not where you are in intensity of feeling so you shouldn’t push it. Don’t risk a great friendship by trying to pressure her into doing something that she doesn’t want to do—or at least is not ready to do. Let her go on appreciating your qualities as a person who wants nothing but the best for her. And then, one day or night, it will happen. The familiarity and closeness that you share will lead to a roll-in-the-hay together.

Take care that you don’t mistake a one night stand with your lesbian friend for a sign that she wants to be in a committed relationships with you. Sleeping with her does not mean that you have either “turned” her or that she is really a bi-sexual. It only means that she is crushing on you in particular, not that she is ready to give up her entire life as a lesbian.

Indeed, sleeping with you may cause your lesbian crush to experience a variety of inner and outer conflicts. You need to be patient. Most importantly, you need to be sensitive to the fact that she may have found comfort, solace, and peace of mind in the larger lesbian community. For her to start dating a man may cause serious problems for her among people she’s come to love, respect, and depend upon.  The best thing you can do is not presume that the two of you are officially together because of one night’s passion. Give her space if she needs it. Otherwise, remain on the plane of friendship. Don’t do anything that suggests you have been more intimate than that. And for goodness sake, don’t tell anyone about what happened between you. Let her guide the course and pace of things.

You may eventually get to the point at which a serious talk is needed. Here, you will either agree to not have sex again or you may agree to have sex but keep it between you or you may come to some other arrangement. It is perfectly fine to go on feeling more strongly towards her than she feels towards you. The boundary between friendship and intimacy can be as blurry as that between gay and straight.

Whatever is finally decided, you know that with her you have done and experienced things that have taken you from lesbro to lesbeau. You have found someone with whom you can laugh, be yourself, and feel good around—someone who you also happen to be physically drawn to. There may come a point where it all becomes too much. If that is the case, then you might have to end the friendship. But you should think carefully before doing so. For if your relationship is as I’ve just described it, then you have found something rare and worth holding on to.