The Worst Foods You Can Eat Before Bed 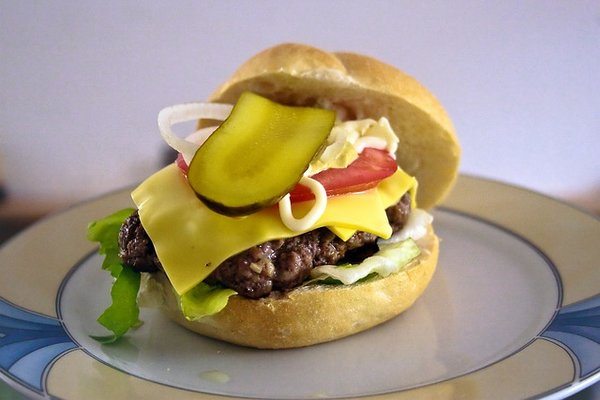 There’s nothing wrong with having a healthy snack before bed to keep you satiated through the night, but there are certainly some wrong options. Eating the wrong foods before bed can make you more likely to put on weight, give you heartburn, or simply keep you up. Here are some foods to avoid and what to eat instead.

Don’t eat dessert too close to bedtime or else the sugar could wake you up in a few hours when your blood sugar drops and wants another fix. And if it’s chocolate you’re eating, that has caffeine in addition to sugar. You might however want to try eating some cherries if you want something sweet, since some research has shown that drinking cherry juice before bed can help people with insomnia sleep a little better. Cherries contain a bit of melatonin, so it’s a very natural way to get your fix.

If you eat something like a cheeseburger for dinner, the saturated fat will stimulate excess stomach acid which can then travel up into your esophagus and give you heartburn. Eating protein however is a great idea, just make sure it’s not the kind that’s high in fat. Lean turkey breast for example is a good option because the high protein content will keep you feeling full enough throughout the night but without disrupting your sleep.

Alcohol is not a food but it’s still a good choice to drink before bed. Some people nod off a little easier with a drink or two, but alcohol has a tendency to metabolize quickly and wake you up a few times in the night because of it. Drinking before bed can also make your snoring worse, which is good to know if you’re sleeping alongside a special someone. Instead of alcohol try drinking some caffeine free herbal tea like chamomile which can actually help you fall asleep.

Spicy foods are not the best thing to eat before bed since they can cause painful acid reflux when you lay down. Add to that that a lot of spicy foods are high in fat and you’re just asking for trouble. There are also some reasons to believe that eating spicy food before bed is more likely to give you nightmares than not spicy food. Heartburn and nightmares? No thanks.

Eating carbs before isn’t a bad thing as long as they have some filling fiber in them. Some research has found that when people eat higher fiber carbs before bed they are more likely to spend more time in deeper stages of slow wave sleep than people who ate similar amounts of carbs that were lower in fiber.

The jury is still out on this one. Some people think that drinking milk before bed can upset the stomach, while other people swear that a cold glass of milk can put them straight to bed. Guess it depends on how much you actually like drinking straight milk.

The Worst Foods You Can Eat Before Bed