How to wear the field jacket 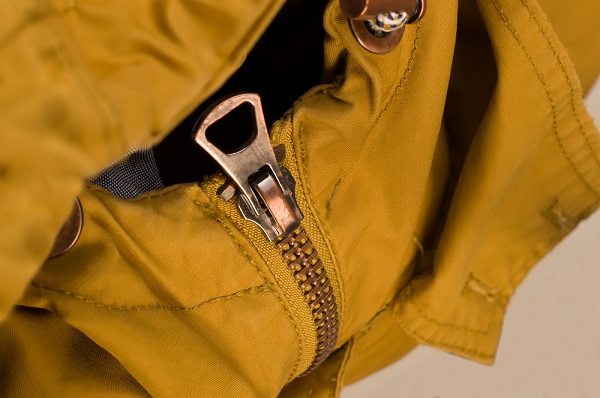 The M-1965 started its life in the military, but has long been a staple of mainstream fashion.

Your field guide to the latest outerwear trend

Several designers have come out recently with modern takes on the field jacket. Also known as the M-1965 or M-65 field jacket, it is the latest military piece to become a fashionable piece of outerwear. As the name suggests, the M-65 has been around for fifty years, and entered mainstream casual fashion in the 1970s.

You can quite easily wear a field jacket in place of a leather jacket. The principle is the same- the jacket is bulky and overly masculine, which needs to be balanced out with the rest of the outfit. The field jacket is not quite as versatile as the leather jacket, but it is worth investing in as it returns to runways every few years.

You want to appear like a man with discerning fashion sense, rather than a vintage soldier or a tightwad that shops in military surplus stores. The field jacket was originally produced in the US army’s standard olive green. Avoid this color, as well as any other military inspired shades and patterns such as camouflage. Instead, go for neutral colors such as black, beige or grey.

Mix and match with neutrals

A field jacket in a neutral color will go perfectly with the toned-down color palette that has been fashionable for the past few years. Pair your jacket with a selection of neutrals for a stylish and modern look. Think tan, cream, navy, and stone.

The field jacket is a utilitarian piece and is covered in outside pockets. Typically, a field jacket will have four pockets on the front- twice as many as most other jackets. This lends the jacket a bulky appearance, particularly if you stack your pockets with stuff. Man-bags are in vogue at the moment, so match your empty-pocketed field jacket with a trendy duffle bag instead.

Clothing company Alpha Industries was the first to produce the field jacket, back when they were contracted to the military. Today, Alpha Industries makes military-inspired civilian clothing, meaning they are perfectly placed to produce today’s version of the field jacket. Purchasing a field jacket from Alpha is a good option, particularly if you want a jacket that is high quality and built to last. At $USD180, they are certainly cheaper than designer takes on the field jacket. If you decide that Alpha is the way to go, choose your color wisely. Out of their limited current color selection, navy is the most versatile color that does not make you look too much like a wannabe soldier.

How to wear the field jacket