Why Running Can Actually Make You Smarter 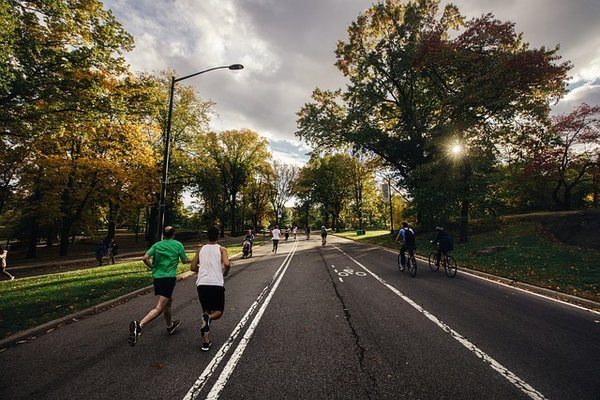 You know that there are tons of physical benefits that come from running, but some of the mental ones might be a little more surprising. Recently some researchers in Finland found out that long distance runners are actually better at learning than the average person.

The study took existing research about how exercise affects the brain to the next level. Scientists already know that aerobic exercise is good for both the physical structure and the mental function of the brain, but for this study they wanted to find out exactly how different exercises affect it.

The study was done on rats and aimed to test out the differences on sustained running, high-intensity interval training (HIIT), and resistance training. They used two different groups of rats to do the study; one group that genetically had a higher response to aerobic training, and one group that had a genetically lower response to aerobic training. Then they put the rats through exercise training programs that were either six or eight weeks long. (Anyone else curious about what exactly resistance training looks like for a rat?)

The control group of rats was considered sedentary, while the other rats were split into groups and completed exercises from one of the different types of fitness. The sedentary rats were however allowed to run on their wheels when they felt like it, they just weren’t pushed into exercising more than normal.

The researchers found that the rats who took part in sustained running at long distances had way different results than the rats who did HIIT or resistance training. The runner rats saw two to three times more hippocampal neurons than the sedentary rats at the end of the study, which means that running really changed their brains, and pretty quickly as well.

The good thing about hippocampal neurons is that they help us learn new things, so growing some new ones is a very good thing. You need those in there when you’re trying to do anything big like learn a new language or even just taking on new tasks at work.

Getting smarter is not the only benefit from long distance running either, it’s also good for things like knee strength (which sounds a little counterintuitive), longer lives, and mood boosting. Research from the Karolinska Institute in Sweden found that running makes changes to the skeletal muscle in the body and causes the body to purge itself of an amino acid called kynurenine.

Kynurenine builds up in the body when we’re stressed out and has been linked to depression, so obviously getting it out of the body is going to be a really important thing. This detoxing that takes place in the muscles can also help to protect the brain from a variety of different illnesses. A healthy brain is a happy brain. Running of course also releases serotonin which improves the mood and can lead to that runner’s high that so many claim to experience from their workouts.

Why Running Can Actually Make You Smarter