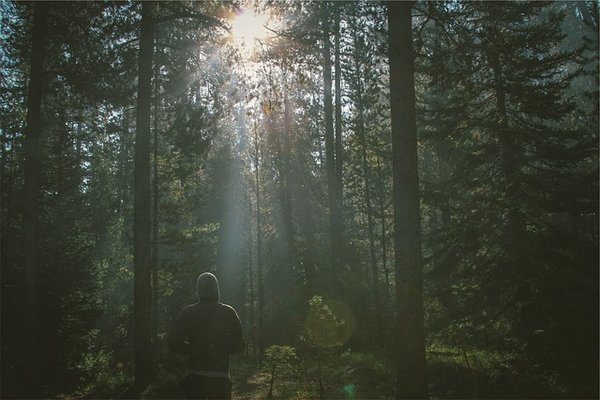 We already know that individually working out and having a meditative practice can go a long way towards increasing our happiness and well being, but now we have even more research that points to the fact that mixing the two in back to back practices can cut depression quite significantly. A study done at Rutgers University has found that combining the two can cut depression symptoms up to 40 percent…and not just in people who were previously depressed.

To carry out this study the researchers got 55 people on board. Of those people 22 of them were considered depressed to begin with and the rest of them were not. The participants then committed to doing twice a week meditation and workout sessions for an eight week period. The meditation part of the process consisted of them sitting in focused silence for 30 minutes. They practiced the focused-attention meditation which puts the attention on a single thing like the breath. Whenever the mind starts to wander to worries, something that happened yesterday, or something that might happen tomorrow, they were instructed to bring their thoughts back to the breath. This practice encourages being in the moment and clarity of focus.

Once they completed their 30 minutes of meditation, they would go into a 30 minute session of aerobic activity, which is something that gets the heart rate up like running. They continued this process for the next two months, and at the end of it there were pretty great results.

Literally every single person who took part in the study ended up happier at the end of it. All of them had fewer symptoms of depression whether they were clinically depressed to begin with or not, all of them spent less time worrying, all of the could better redirect any negative thoughts, and all of them felt like they could deal with problems better. That’s some pretty good stuff right there.

As to why this happened, it might be more than what we’ve previously known about mediation and exercise alone. It has been known for a long time that both of those things are good for the brain, but they might be even better when done together.

According to the study author Tracey Shors:

“Scientists have known for a while that both of these activities [meditation and exercise] alone can help with depression. But this study suggests that when done together, there is a striking improvement in depressive symptoms along with increases in synchronized brain activity.”

When people get depressed the brain is actually forming fewer new neurons in the hippocampus area of the brain, which is the area that allows us to learn new things. But aerobic exercise actually has the ability to increase neurogenesis which lights that part of the brain back up again. Meditation has also been proven to change the way the brain works, and it can actually move attention from the “me” centered place in the brain to a more global view. Also just the act of it can teach you to accept changes in the moment more effectively.