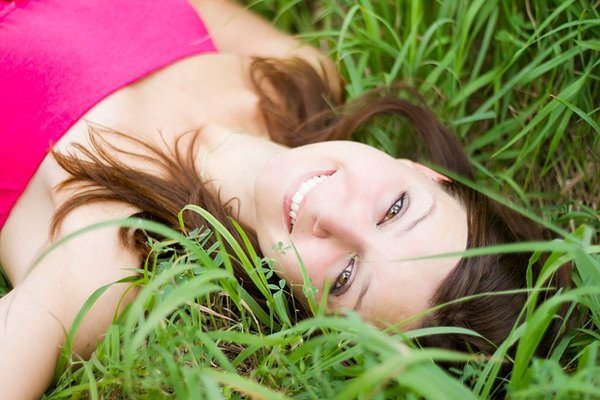 The tall, leggy, long-haired beauty you’re taking out seems perfect in every respect. In addition to great looks, she possesses remarkable wit, a pretty smile, and a pleasant demeanor. Everything about her—her perky tits, rocking hips, and perfectly cleft ass—screams sex. She seems quite taken with you, and you are definitely into her. You figure there is no way for you to miss on this date: you are definitely getting laid. The big night comes and all goes well. She doesn’t even mind coming up to your place afterwards. Things get hot and heavy on the couch. You make the subtle gestures meant to pull her towards the bedroom. And that is when she drops the bomb: she is a virgin.

Something like this happened to me a little more than fifteen years ago. In fact, we had gotten all the way to the bedroom and had stripped naked. I had slipped on the condom and was preparing for entry when my girl told me she was a virgin. I froze. I was both shocked and surprised by the revelation. The woman was a twenty-three year old college graduate. The last thing I expected to hear from her was that I would be the one to pop her cherry. I felt compelled to ask her if she was sure she wanted to go through with it. This of course put doubts in her head, and so we ended up not having sex.

Conventional wisdom holds that every experienced man desires above all things to be a woman’s first lover. But this is not necessarily the case. That first encounter with a late in life virgin left me rattled. I later discovered that the number of twenty-something virgins was larger than I thought. Friends, some of whom were women, told me that they knew of many individuals who had remained celibate into their late twenties.

A few years later, I met another twenty-something virgin who was much like the first: smart, pretty, outgoing, and energetic. Based on my relationship with her, I offer the following tips for dating a late in life virgin:

1. Coax the truth out of her

If your girl is a virgin, she is unlikely to tell you straightaway; and you cannot know that she is by looking at her. You will need to coax the truth out of her. One indication that she remains untouched (as people used to say) is extreme frigidity when the two of you are making out. It is the case that some of the most sexually experienced women always get nervous when they are with someone new; it is also the case that there are a great many women who kiss and fondle with great passion but go no further. How she responds to you physically is only a sign. If you want to get the truth about her virginity, you will need to bring up the subject delicately. One obvious way of doing this is in the context of telling her the age you lost your own virginity. This should only be done after you’re sure she’s comfortable with you, and after you’ve had a string of dates in which there has been no sexual contact of any kind.

If she is a virgin, don’t assume she’s saving herself. Perhaps she just never found herself in circumstances that naturally led to sex; and she does not see any urgency in losing her virginity. That was the story with the second virgin I was with. She told me that in college she could not see herself sleeping with any of the guys she met. She partied and dated, but never met a man with whom she found the right chemistry.

This does happen. And you should not think it odd that your girl has gone through her late teens and early twenties without once giving it up. If she has not had sex for religious reasons, you may want to re-think the wisdom of going on with the relationship.

In matters of intimacy, virgins are like children. You may need to engage in a bit of childish play to make them feel comfortable with close physical contact. Wrestling, tickling and other forms of horseplay may help draw her out. She will not respond well to direct and aggressive attempts to get her into bed. You will need to soften her up by injecting a dose of humor and silliness into acts associated with sex—as you did when you were a child.

4. Let her live out the romantic fantasy

Your late in life virgin has had a long time to think about what she wants to happen during her first time. You should do all that you can to accommodate her. The two of you may have sex at a moment of shared spontaneous desire—perhaps as a result of the kind of play session described above. If, however, she wants something a bit more choreographed—a night with you that includes wine, candles, lingerie, and soft music—you should see to the arrangements. If you agree that the event is to occur at your place, set everything up so that she is able to live out her romantic fantasy.

Yes, there may be physical difficulties in the beginning, but don’t compound it by continually asking her if she is okay. Keep your eyes and ears open, and you will know what adjustments need to be made. In any case, don’t assume that all women will find the experience painful throughout. The woman from whom I’ve drawn experience in these matters turned out to be quite the tigress once she settled in and found her rhythm.

Here is another article related to the subject: https://www.tsbmag.com/2013/12/26/do-women-care-if-youre-a-virgin/