This Body Type Makes You Look More Like a Leader 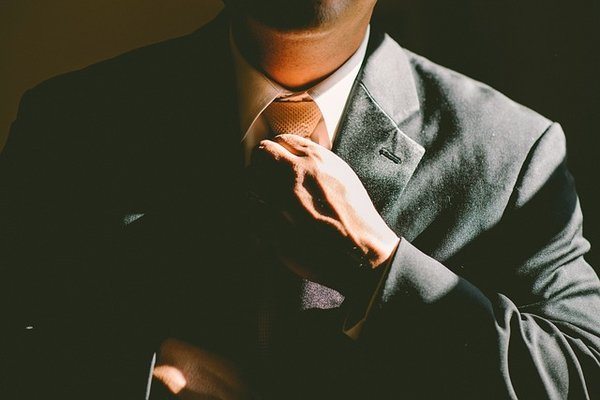 According to recent research done at the University of California, Berkeley, having a strong, muscular physique is more likely to make you look like a leader than any other body type. The study found that holding for other factors, strong men seem to have more perceived social status than men who are have less physical stature.

The paper was called “The role of physical formidability in human social status allocation,” and will be in the upcoming publication  Journal of Personality and Social Psychology.

The researchers for the study were Cameron Anderson, Ph.D., a management professor and sociology expert at Berkeley’s Haas School of Business, and Aaron Lukaszewski, Ph.D., a professor of psychology at Oklahoma State. They started out the study by rounding up a bunch of guys with different body types, measured their actual upper body strength, and then took photos of them posing in white tank tops.

The men were photographed from the waist up so that they could control for factors like height, which not surprisingly is another common way that people judge power. Their actual strength was measured using a handheld hydraulic Dynamometer.

Next they got a group together of both men and women to look at the photos and make some judgements about them. They were told that the photos were of men who had been recently hired by a new consulting firm. The researchers then specifically asked them “how much they admired [the subject], held him in esteem, and believed he would rise in status.” Then they asked them to discuss what kind of leader they thought the guys would make, as well as how good they would be at dealing with a group.

Of course the people who were asked to make the judgements of the men didn’t know anything about their personalities or other characteristics besides the way that they looked, but the results were consistent that the stronger the men looked the more likely they were to be rated as a good leader. This even held up when they controlled for the guys looks beyond their muscles, which they could tell by asking the people to judge their overall attractiveness as well. (Attractive people are generally assumed to be better leaders as well.)

The only thing that would make the stronger guys get rated down in their potential to be a good leader was if they looked threatening as well.

“Strong men who were perceived as being likely to behave aggressively toward other group members were actually granted less status than their apparently gentler counterparts. Perceived strength does give people an advantage but it’s not make or break. If you’re behaving in ways that demonstrate you are a leader or are not a leader, strength doesn’t matter.”

So the moral of the story is that yes you might be able to increase your perceived leadership status by pumping some iron and bulking up, but you’ll be best off if you act like a leader as well, and maybe even lead with a smile.

This Body Type Makes You Look More Like a Leader