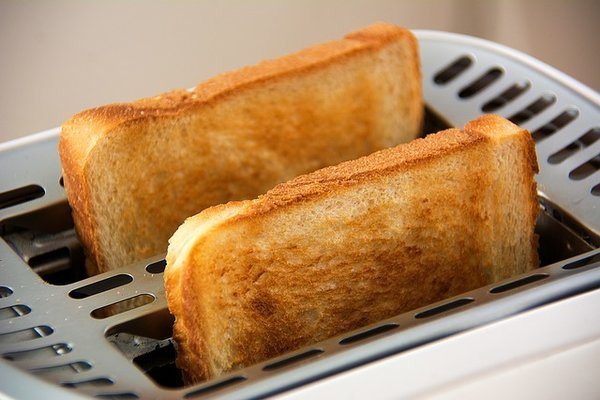 If you love the texture of white bread but don’t love the unhealthy aspects that go along with it, you might be in luck. Some researchers at the National University of Singapore have recently discovered a way to lower the glycemic index of processed white bread, by extracting an antioxidant from black rice and putting it into the bread.

White bread is so fluffy and delicious simply because it’s been stripped of the fiber and many of the nutrients that it contained in it’s whole wheat form. All of the bread flour originally comes from wheat, it’s just what is done to it on it’s way to becoming bread that changes the outcome.

The problem with eating white bread of course, is that stripped of those healthy elements it becomes not much better than dessert. The white flour sends the blood sugar shooting up as the body uses it too quickly, meaning that not only does it not fill you up but when the blood sugar crashes it can cause all kinds of issues and lead to more sugar cravings.

Whole grain bread on the other hand retains a lot of fiber which helps the body digest food more slowly which creates a sustained response on the blood sugar and it actually fills you up in the meantime.

Of course there is always the option to just choose the healthiest whole grain breads whenever possible, but some people prefer the simple texture of white bread. So these researchers set out to find a way to just make the current form of white bread healthier, which they did by extracting the antioxidant anthocyanin from black rice, which is what is responsible for its color. This is the same antioxidant and natural dye that gives foods like blueberries their color.

With just the anthocyanin being infused into the bread it doesn’t bring along any additionally starchy elements, and interestingly it causes a reaction with the existing starch which slows the digestion rate by 20 percent. So simply adding in the antioxidants to the bread can make the body digest in a more efficient manner that will have less of a negative effect on the body.

Of course adding in the antioxidants won’t cut down on the calories or carbohydrates in the bread, but changing the rate of digestion will make the bread more similar to other traditionally more healthy versions of bread.

“You are eating the same amount of starch and wheat flour, so the nutritional value is the same. The key idea here is slowing down the energy release, so you use those calories over a longer period of time.”

The bread has not been made commercially available as of yet, but Zhou has said that commercial manufacturers are interested in taking on the project. We can’t but think that if it changes white bread that much, maybe it can be used to change all breads? Seems like a great deal for the kids out there too, since who will be able to turn down purple bread.