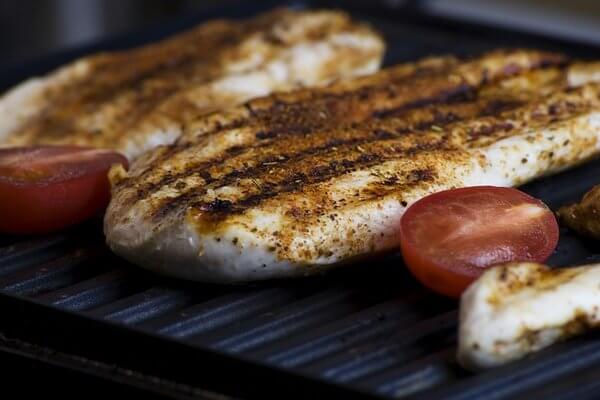 We already know that protein is essential for building and maintaining muscle, as well as providing satiation and energy for the body. But now it might be able to add a new power to its resume…better sleep.

Research from Purdue University and published in the American Journal of Clinical Nutrition took place in two different parts. They started off with a pilot trial before going into the larger one. Ultimately the whole deal was funded by quite a few big places including Beef Checkoff, National Pork Board, National Dairy Council, Purdue Ingestive Behavior Research Center, and National Institutes of Health.

To begin the study, 14 participants were put on a weight loss plan that included eating an increased amount of protein over the course of four weeks. The researchers found that all of them experienced better sleep throughout the process when compared to the eating style they were following beforehand.

For the bigger study the researchers used 44 participants who were either overweight or obese. One group ate a diet that included a normal amount of protein, while the other group ate a diet that was high in protein. The study did not however, release exaclty how much protein this was, but they did say that a dietician took everyone into account individually to craft their eating plan, which also included dropping 750 calories a day in the form of carbohydrates and fats.

The type of protein that the participants were eating varied but included beef, pork, soy, legumes, and milk protein. (Where were the chicken, fish, and whey sponsors at??)

At the end of the study the participants completed a survey about their sleeping habits throughout the process. Overall, the people who ate more protein and lost weight throughout the study reported higher levels of sleep satisfaction and quality after the three and four month periods.

According to study author Wayne Campbell:

“This research adds sleep quality to the growing list of positive outcomes of higher-protein intake while losing weight, and those other outcomes include promoting body fat loss, retention of lean body mass and improvements in blood pressure. ”

Of course any study backed by protein sources is going to be a positive one, but since protein is totally great for a lot of reasons this might be helpful news for anyone hoping to change their sleep habits. Do keep in mind that the study was only done on people who were overweight however, meaning that some of their improved sleep quality could have come from the fact that they were losing weight throughout the study, as well as reducing other types of food from their diet. If you do add more protein to your diet, keep it lean and clean.