Sorry, There’s Nothing Magical About Breakfast 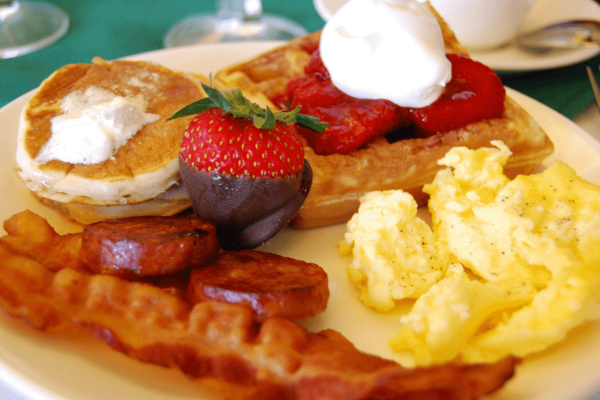 For years upon years breakfast has been hailed as the meal to end all meals. It is “the most important meal of the day,” and to forget it is to tarnish the rest of the day with feelings of tiredness and lethargy. The bigger the morning meal, the better equipped we are to stay energized and mentally sharp throughout the workday, or so the story goes.

But is that really the case? If we skip breakfast, are we truly at a disadvantage? Despite what so many people tend to think, breakfast might not be that special. The science behind it is murky at best—there have been plenty of studies examining the effects of breakfast, and a lack of it, but the results often contradict each other or suffer from gaps and shortcomings. The New York Times has more:

People were consistently biased in interpreting their results in favor of a relationship between skipping breakfast and obesity. They improperly used causal language to describe their results. They misleadingly cited others’ results. And they also improperly used causal language in citing others’ results. People believe, and want you to believe, that skipping breakfast is bad.

Many of the studies are funded by the food industry, which has a clear bias. Kellogg funded a highly cited article that found that cereal for breakfast is associated with being thinner. The Quaker Oats Center of Excellence (part of PepsiCo) financed a trial that showed that eating oatmeal or frosted cornflakes reduces weight and cholesterol (if you eat it in a highly controlled setting each weekday for four weeks).

To be fair, nobody is saying that breakfast is bad, and to be honest, it is still the best meal of the day in my books—in terms of enjoyment, not health benefits. That being said, make sure to check out the full post if you’re interested in debunking the science behind breakfast.

Sorry, There’s Nothing Magical About Breakfast