How to win over her friends 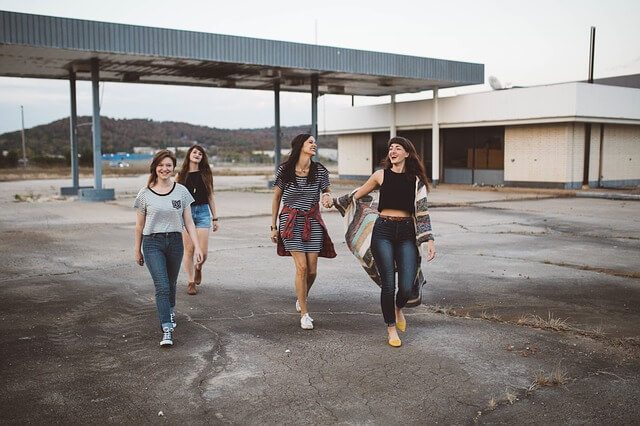 Meeting your girlfriend’s best friends for the first time can be daunting.

Meeting your girlfriend’s friends for the first time

Be genuinely interested in finding out more about your girlfriend’s friends. In a long-term relationship, you will be encountering this group of people often. There is no time like the first meeting to ask questions of your girlfriend’s friends to get to know them. This is not an interrogation; stick to light topics, for example, asking how they met your girlfriend, or asking about their hobbies and interests. Put in an effort to remember each person’s name, as well as remembering something about each person that you can ask them about next time.

Don’t get too personal

Expressing an interest in getting to know her closest friends is important. However, there has to be a balance. Be mindful of what you say and what you ask. Asking questions that are far too personal will leave a bad impression of you. Stay away from discussing politics, religion, sex, and past relationships. Do not bring up these topics, and politely steer the conversation elsewhere if it comes up.

Being courteous is an easy way to ensure your first impression goes well. Whatever criticisms her friends have of you, at least they will not be able to say you are rude or boorish. Making an effort to be polite and pleasant is certainly worth it, particularly if your social skills still need work.

Show affection to your girlfriend

Your girlfriend’s friends will appreciate that you are sending clear signals about your relationship by making sure she is always included, and by being physically affectionate towards her. From their perspective, there is nothing worse than being worried that your best friend’s boyfriend is trying to flirt with you. Your girlfriend’s friends will also take your behavior as a signal that you are being a good boyfriend, making them more inclined to approve of you.

Don’t compete with her guy friends

Most of the above advice is more applicable to female friends. Close male friends can be problematic for relationships. While some of the same pointers apply, such as making an effort to get to know the person, there is also an important piece of advice especially for meeting guy friends: do not get in a competition with the guy. Do not try to outdo him, especially if he is challenging you in some way. Make an effort to be above that kind of drama, as engaging with it will not reflect well upon you.

How to win over her friends