Sex With Your Roommate—Avoiding The Pitfalls 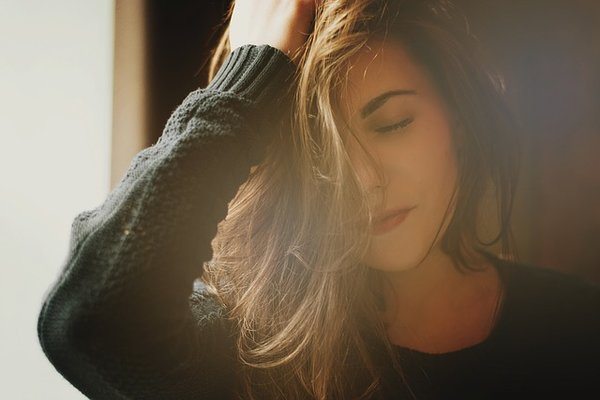 It was a rare occasion. You found yourself alone with her. Everyone else was out and about. You have always been aware of the sexual tension, the undeniable, irrepressible chemistry between the two of you. Ever since she, through friends of friends, became the newest and last person to move into the house, there has been a kind of awkward excitement whenever the two of you are together.

Perhaps you were just sitting on the couch watching television or YouTube videos on your laptop. You thought the house was empty, and that you would take this time to chill.

Then your roomy showed up.

She was dressed casually—nothing special: just shorts and a t-shirt. She’s not a bombshell, but she’s pretty, with healthy legs, a round backside, and nice, upright tween tits. Like you, she has recently graduated from college and is striving to make the best of a shit job market.

She plunked herself on the couch next to you. The conversation began innocently enough. You then made some teasing remark and she playfully kicked you. You made another such remark, which only intensified the horseplay. Before you knew it she had her hand down your parents. Then, sans pants, her mouth on your dick; and later, after a brief scramble for a condom, her pussy filled up to the cervix with your cock.

If you have experienced something like what has been described above, it can be difficult to figure out the next move. Sex and relationships are complicated by modern living conditions. The nature of work and the financial pressures of the economy have made long-term group co-habitation a norm.

College used to be a place to establish networks of friends who could possibly help you in your future career. Nowadays it is a place in which you need to start building a kind of second family.

The cost of living continues to increase, but salaries, even for high-end service professionals, lag behind. You are unlikely to find a job straightaway, and the one you eventually find may cease to exist soon after you start working in it. Most of your peers must also contend with this grim reality.

The best way to obtain some measure of security and comfort in these terribly uncertain times is for you and a small group of friends, or friends of friends, to pull your resources together and share a house and living expenses. Usually 4 or 5 people, composed of both men and women, are enough to make it work.

Herein lays the rub. The relationship between the 5 of you is implicitly understood to be non-sexual. You are on cordial and friendly terms. You may occasionally meet for a drink or have a meal together. But you lead separate lives, and you keep all of your intimacies outside of the house or confined to your bedroom. Getting involved with one of your roommates can complicate things unfavorably. It has nevertheless happened. You must now proceed in a way that prevents drama. For this entire living arrangement is predicated on the notion of stability.

If you want to go on having sex with your roommate, the two of you should agree to keep it under wraps—for now. The thing just happened and neither of you knows where it will go. The first questions that will pop into the heads of your other roommates once you tell them will be: What if they break up? Will one of them move out? These are genuine concerns. A sudden departure can leave a financial hole not easily filled.

Get on with your shagging, but take some time to discuss where you see it ending up. Both of you should pursue whatever it is you are doing with eyes wide open. And you should make a resolution that even if it ends in tears and recrimination, you will not immediately run out on your other roommates. Only after you are both willing to accept these oaths and commitments should you tell the others.

You—that is, you reader—should hold off on dating other women. Even if you’ve settled on a sex-only relationship with your roommate, an evening of hot and heavy sex with another woman can makes things awkward when you come home to face her. Agreement by voice does not mean agreement by heart. Don’t be greedy. And don’t risk throwing your domestic life into upheaval. If you meet someone else—someone you really think can be a girlfriend—give your sex partner-roommate time to get used to the idea. Break away slowly. It is the best you can do under the circumstances.

Here is another article related to the subject: https://www.tsbmag.com/2015/02/11/how-to-sleep-with-your-friends/

Sex With Your Roommate—Avoiding The Pitfalls