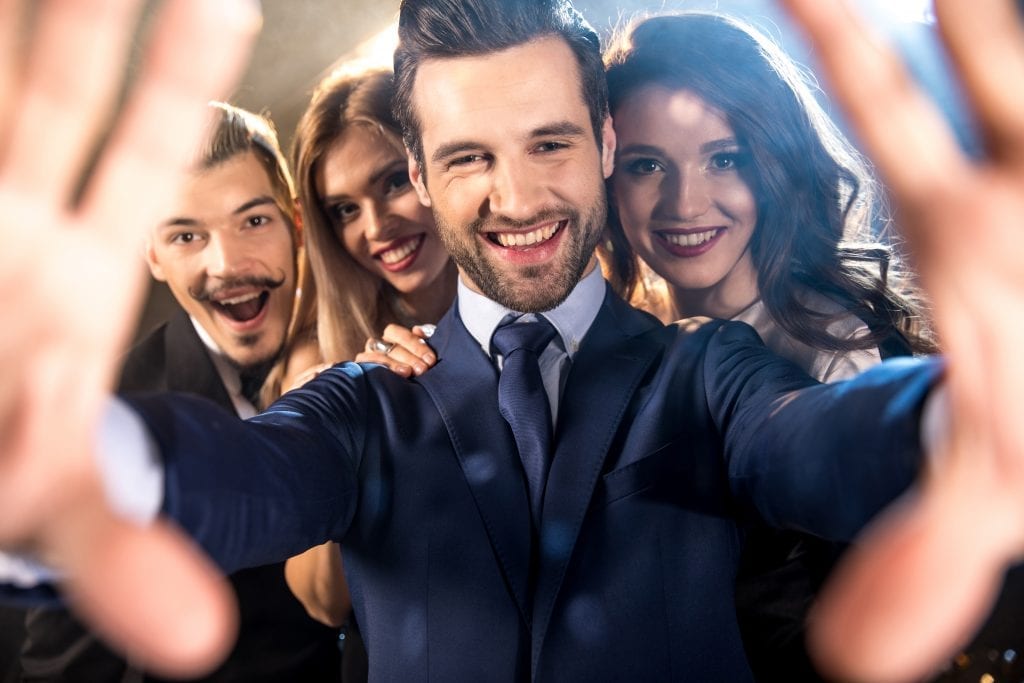 How to Up Your Game After 30

Every bachelor’s 30th birthday marks a definitive crossroad: his lovelife is about to get a whole lot better…or a whole lot worse. As a single guy who just celebrated my 34th birthday, I’ve seen the best and worst of it—both first- and second-hand.

As me—and the majority of my buddies—embark on the big 3-0 and beyond, I’ve found we either age with dignity, attracting women who are hotter, younger, and of significantly higher quality than we ever did in our 20’s OR we age in disgrace, evidenced by a lovelife that all but dries up in a drought of terribleness.

To speak for myself, my 30s started off rocky until I accepted that I’d have to shed some of the ideas and behaviors that worked for me in the past. Put simply, I realized it was time to evolve from a bold manchild into a self-assured man. The good news is: career and affluence don’t matter. What matters instead is that you adopt the mindsets and attitudes of an attractive man in his 30’s.

1. Update Your Look and Upgrade Your Style

Are you still dressing like you did in your 20’s? Still got the same haircut? Same grooming habits? If so, you’ve already disqualified yourself from dating hotter women in your 30s. Don’t be the guy trying to hide his age by dressing young. Instead, be the guy who makes his age look sexy with a smart, powerful look.

Now, that means it’s time to trade comfort for style. While loose-fitting jeans and an untucked shirt may feel nice, it’s not winning you any favors with the ladies. Unless you’re well versed in menswear, follow my advice:

A. Invest in a well-made suit that’s different enough to be cool, but not too crazy or off-the-wall. (Think: a pattern like windowpane or Glenn plaid).

B. Next, take that suit to a good tailor and alter it so it fits snug, making a wrinkle-free silhouette of your physique (a.k.a. “Italian style” tailoring)

C. Experiment with different ways you can wear that suit for everything BUT business as usual

As you’re mixing-and-matching your clothes you’re also going to want to try new hairstyles and grooming practices. That requires stepping outside your comfort zone and trying new things. Consider cutting your hair, growing it out, rocking a beard, going clean-shaven.

If you’ve gotten complacent with a certain haircut, a particular grooming style, if it’s been a decade or longer since you shook things up, there’s no better time than your 30’s to reinvent your look.

2. Let Her Live Up to YOUR Standards (Not Vice Versa)

While it’s always important for a man to have standards with women, it becomes crucial in your 30’s. Younger guys can get away with having a looser, more open-ended view of the world, but a guy in their 30’s (and beyond) is expected to be more sure of himself, of his worldview, of the man he is.

When you hit 30, your opinions should go on steroids. Most men are afraid of speaking passionately about things they like or believe in, yet this is precisely what makes an older man so attractive. Knowing who you are and having the courage (and shamelessness) to express that is just the right amount of polarizing to be extremely attractive to most women.

3. Be a Man of Taste and Culture

It’s been 3 decades of life, so what do you have to show for it? By now, hopefully you’ve cultivated knowledge of the world that extends beyond Xbox and Netflix series. While I’m not suggesting you need to be an expert on things you think women might find interesting, I am saying that you should have a decent understanding of things YOU find interesting.

Understanding more complex ideas or disciplines makes you an interesting person—someone with way more depth than your average 20-something partyboy. Moreover, it allows you to connect and empathize with women in a way that most guys can’t even fathom.

For example, if you found yourself sitting across from a sexy grammar school teacher, if you had a decent knowledge of philosophy, you might mention Wittgenstein and how he abandoned celebrity status in academia to teach elementary school because he felt that was the only true knowledge.

You may know nothing about the elementary school curriculum, and she may have never heard of Wittgenstein, yet your knowledge of the world brought you together because you were able to relate an interesting anecdote that’s relevant to her. So if you’re a guy in his 30’s who doesn’t have a detailed knowledge of at least a few subjects, time to smash your television and get a library card.

Oscar Wilde said it best: experience is the name people give to their mistakes. No matter how you got to where you are in your 30s, you undoubtedly hit some bumps and made some wrong turns. Don’t be the guy who brushes his experiences under the rug, attempting to present yourself as flawless. That’s a move reserved for guys with the most baggage—and the least to show for it.

Instead, embrace your imperfections, your missteps, and the winding road that brought you to be the man you are today. A man who has truly stepped into his masculine power can look back at his mistakes with a sense of humor and he doesn’t care if it fits the stereotype of a male dreamboat.

Case-in-point: I’m a father of a 4-year-old girl I couldn’t be more proud of. While some guys might think it best to withhold my dad-life from younger women, as it would seem this would alienate me from a girl in her early 20’s who no interest yet in kids—especially one who’s not her own.

However, I’ve found just the opposite to be true! When I talk about my daughter, it’s with enthusiasm, pride, and a sense of humor. No matter what a girl’s stance is on dating a guy with a kid, the positive and passionate energy I exude is universally attractive.

Put simply: speaking unabashed and unapologetically about your past is universally attractive. So don’t hide it, don’t hold back.

5. The Elephant in the Room Disappears if You Let Sleeping Dogs Lie

If you’re a guy in his 30’s who wants to date the most desirable women, you’re looking at a decade or so difference in age, which is either a good thing or a bad thing.

It will certainly be the latter, however, if you harp on the age difference and constantly remind her you’re the out-of-touch old guy dating out of his league. (And if she sees you as that sort of guy, you won’t be dating her for long.)

While most guys in their 30’s know enough to avoid saying things like, “I’m almost old enough to be your father!” they reinforce the age gap in more subtle ways like references to pop culture and taste in music. Famous characters or lines from shows and movies you grew up with are probably not as familiar to her. Moreover, the songs that were anthems of your youth probably seem “retro” or like “throwbacks” to her.

I learned this the hard way when I referenced—and then trying to explain—Steve Urkel (of “Family Matters” fame) to my 22-year-old girlfriend. While I thought Steve Urkel was a ubiquitous symbol of nerdery, I failed to recognize Family Matters went off the air when my then-girlfriend was still in diapers. The blank stare on her face confirmed how confused—and turned off—I was making her as I tried to justify my dated analogy.

Point is this: if you want to date younger women, it’s not your age that attracts her—but rather the experience, self-assurance, and status that comes with your age. However, your greatest asset is also your biggest liability.

Your look and attitude will let her know if time is aging you closer to perfection or further into defeat. So keep the 5 pointers above in mind and turn Father Time into your wingman.

This article is Part 1 of a 2-part series. See Part 2 HERE

2 Days Left for the Dating Apocalypse