Is Lezing Out Cheating? 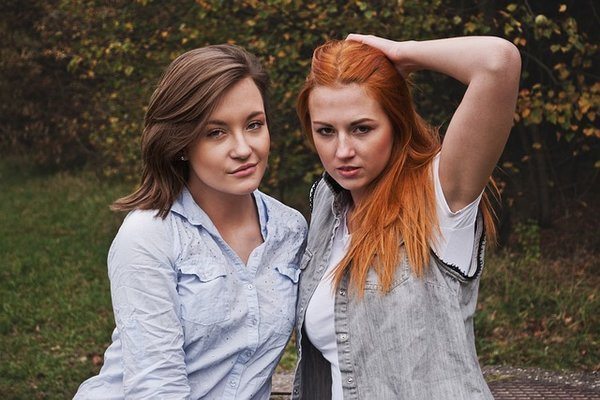 This question occurred to me after speaking with one of the bartenders at my local café-bar the other day. She is quite an attractive woman: young, tall, long honey brown hair, a set of upright perky tits, and a round, graspable, perfectly cleft ass. She is conservative and conventional in manner: educated, reserved, and well-groomed—the kind of girl who seems destined for housewifery and motherhood. She often flirts with me, and when I am able to break from writing I reciprocate her attentions.

The restaurant was quiet on the day in question, and we were making what I thought would be small talk. She casually let drop that she had a date that night, and so I accepted what was an obvious invitation to sift through our respective private lives—which is, in case you’ve never noticed, a not so subtle form of flirting.

Our chat soon led to her relationship status. She had recently broken up with a live-in boyfriend and was just now getting back into dating. She went on to tell me how difficult and awkward the whole thing was and that her roommates had encouraged her to join Tinder. This disclosure led to a surprising confession. She told me she joined Tinder mostly out of a desire to meet women. She also said that one of the reasons for her recent break-up was a one-night stand she had with a girl.

I took the news in my stride and appeared as though un-phased by it. In truth, I was anything but unmoved. Her revelation sent a twinge of pleasure and excitement up my spine. I have no doubt that this girl is really into men; but, as further discussion revealed, she is also really into women. Bi girls and guys usually lean heavily toward one or the other. Not this girl; she seemed to want both in equal measure.

This got me to thinking about the conditions of dating and sexuality in modern life. If your girlfriend hooks up with another girl, should you consider it cheating?

There are a few factors to weigh before answering this question. First, the tribes of homo and hetero sexuality are breaking up; or at least, they are not as clearly defined and tightly wound as they once were. More and more women, especially Gen Y women, are identifying as bi-sexual or refuse any label at all. That means your girlfriend may have already had one or two dalliances with women before meeting you.

This leads to the second, and more pressing, issue. Traditionally, cheating has been thought to consist of physical intimacy with the opposite sex. We must now re-evaluate this assumption. I suspect that for a woman in a relationship with a man, same-sex cheating remains cheating. For men, things are a bit more complex.

Admit it. The thought of your girl with another girl is hot. But therein lays the problem: you want to be part of the lez out. And this brings us to the third and final issue.

It is therefore right to conclude that your girl’s lezing out is only cheating if she keeps it a secret and is unwilling to share.

Is Lezing Out Cheating?