Before You Send That Picture, Stop and Think. (The Worst Image to Send to a Woman) 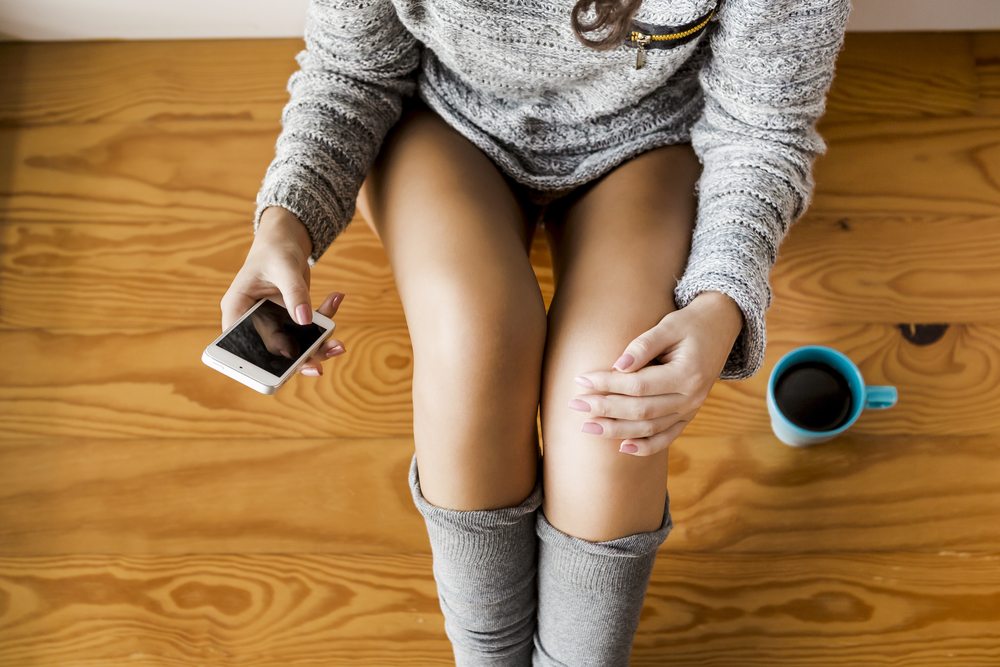 Should You Send Her The Picture?

The online dating world is chaotic. There are pitfalls around every corner.

Catfishing is on the rise. False profiles abound, making it hard to know the real vs. unreal.

Women are demanding proof that you are legitimate. They want to see current photos, often asking for them once the conversation begins.

The problem here is when you think you need to “sell” yourself, as you try to land her. This inevitably leads to men sending the one image they never should: the dick pic.

The dick pic is the biggest opportunity killer you can send. It can easily obliterate any chance you have of dating or bedding a woman in one shot.

Why are you sending it? More importantly, why are they responding so badly to it? Here are some answers that will help you understand.

Mars versus Venus (the planetary divide).

You have heard the comparison before, “Men are from mars, blah, blah, blah,” but do you understand it?

Women and men are inherently different. It is a fact that has many facets. Most men make the mistake of thinking that a woman’s needs in the sexual arena are the same as ours. They aren’t.

Before you discount this advice, yes, there are similarities. Physical needs exist for women, just like men. But the way to feed those needs is different.

Men are primarily visual creatures. As hunters and protectors, when we see prey or enemies, we act on visual information. Women, on the other hand, gather and nurture. They are thinking before acting.

Show most men an image of a beautiful woman with tits or ass exposed, and he is ready to pounce. 36DD’s make the little brain downstairs start thinking of one thing. Most don’t even need to know a name before throwing her over a table.

Women are not tuned the same way. While visual stimulation is part of their desire, it isn’t about your junk. She wants to see a smile, some abs, or maybe a vacation pic.

Unless she is a “size-queen”, your dick is the last thing she wants to see.

Face it, unless you’ve had some horrible accident, you have a penis. The average size is going to range between five and six inches, fully erect.

It is a chunk of meat hanging in front of a slightly wrinkled, veiny ball sack. Not an appealing sight.

“Hold on!”, you may say, as you stroke it up and grab your ruler? Great, now you have an erection, and think your six and a half inches looks glorious. It is something to be proud of. Maybe it is, but not visually.

Most women don’t find male sex organs sexy or attractive at all. Sure, in the heat of the moment, she may adore it. But that is after she has committed to sex. She shows an appreciation for the tool, and more importantly, how you use it. She knows that stroking your ego gets the best out of you.

If you are lucky enough to be hung like John Holmes, you have a great start to satisfying a woman. But, when you think it is your selling point, you are going to lose the sale once you send a pic.

You must consider that mess between your legs as a tool. If you are trying to bed a woman, do you send her a picture of a hammer? A screwdriver? Maybe that power drill hanging in the garage? No, and she will appreciate that you don’t. Unless she needs a new bookshelf.

Your dick serves one purpose, pleasing her. Showing it off, without being asked to, only serves to lessen her desire, and your chances of ever getting past first base.

Women love surprises. It may be the size you have to offer, or the skill you bring to the bedroom. Sending an unprovoked dick pic ruins the mystery for her. Think of it like being in Vegas at the roulette wheel. She is gambling on you being great in bed, and that your tool is sufficient for the job.

She knows the risks from the start. You may only offer a four-inch dick, and you may have no idea what foreplay is, but she is excited by the unknown. Send her a dick pic, and you take all the fun out of her experience.

Think before you send.

Don’t be confused, women do love dick. Might sound crude, but it is true. Why else would she be considering sex with you? Just remember, it is a means to an end.

Women are driven by romance, innuendo, attitude and confidence from men. Your pic sending needs to play to these needs. An image of a man in a three-piece suit amps a woman’s desire. A pic of your dick typically gets a “WTF!”

If you would not send the pic to your mother, don’t send it to a potential partner. If you play your cards right, she is going to see it soon. You may think you are giving her what she wants, but you aren’t. She doesn’t need to see it, she needs to feel it.

If you want any chance of getting to that point, get your phone out of your pants. You want to impress her with your body? Go to the gym, and show her what a six-pack looks like. You might be fighting them off, once you do.

Show her you have confidence in your appearance. Let her see that you know how to groom and dress yourself. When she sees that you can take care of yourself, she knows there is bound to be something great happening between the sheets.

Don’t be typical, by being “that guy” that sends the dick pic. Women are starting to expect that kind of juvenile response. Show her someone that is worth being thrown over a table by. She will thank you afterwards.

Before You Send That Picture, Stop and Think. (The Worst Image to Send to a Woman)