3 Habits to Help You Stop Being a Typical Male 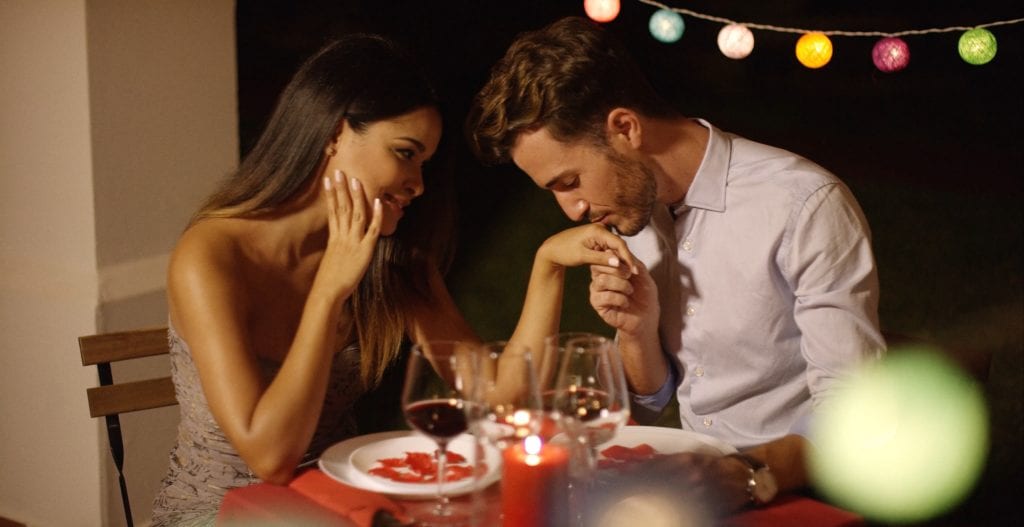 The truth about what we are, and how to change it.

Men are pigs. That’s right, I said it. I have heard it enough from women, and after looking at the evidence, I must agree. We live in a male dominated society, and we have let it go to our heads. Women used to respect us because we were men.

This is no longer the case. Feminism, empowerment and affirmative action with gender equality have diminished the overall, inherent respect women have for men. Plus, we haven’t been doing much to change their minds.

When you make your peace with those facts, you can do something about it. You have an incredible hurdle to get over before you ever get past hello with a woman. This hurdle is a triple combo consisting of your dick, her expectations and your lack of respect. Hey! Don’t shoot the messenger!

The hardest thing for any man to do is face the reality of his delusions. If you are going to win with women, consistently, you must be honest with yourself. If you can’t look at yourself, make harsh assessments and be determined to correct things, you might as well cozy up to that lotion bottle and enjoy some Netflix.

Women are not going to line up at your door, no matter what you do. However, if you present the “right” man, you won’t have to wait in line to get through hers. You may not like what you read here, but these are things that slow or kill your game. Making some changes might be exactly what you need.

Caught between a rock and a hard on.

We could beat around the bush and claim you don’t think with your dick, but who are we kidding. Society and women have been driving that into our heads for years. Interestingly enough, everyone is right. Don’t feel bad, it isn’t your fault; it’s instinct.

Everything we are as men is centered in the core of our body and culminates in our genitals. We are a male animal driven by testosterone. A base instinct for human animals is to mate and proliferate. We as males carry the seed, and our drive to deposit that seed is fueled by our dick and balls. It’s simple math really, and adds up to us trying to screw everything we can.

Look at the things you do and say when it comes to women. When you really think about it, you will conclude that most are rooted in what your dick is telling you. The problem is, it isn’t rational or mature. Your dick has a one-track mind and the ability to drown out most other thoughts. Quite a unique invention, right?

Fortunately, we are also equipped with a backup computer in our head. This is where we can filter what is sent from below. It is this filter that can prevent you from whistling at that fine ass walking by, or ogling a nice rack at the coffee shop. It is the filter that ignores the initial response from below, and corrects it to making eye contact and saying hello. As you might guess, the filtered response stands a better chance of making breakfast plans.

I get the desire to be spontaneous, but only a small percentage of women actually respond to the caveman approach. If you want to get anywhere with a woman, you must not think dick thoughts, and think smart thoughts instead. When you approach a woman, and she realizes that you are thinking past your dick, her expectations are thrown off. Now she must look at you from a different perspective, and that is your way in.

Everything I just told you, is already ingrained in the mind of the average woman. Mothers, and especially fathers, are teaching their daughters that you are after one thing. They are right, but you succeed in getting that one thing, provided you stop chasing it.

The expectation from women is that you want to sleep with her. Why else would you say hello? Guys hit on women all the time. Especially in this social media day and age. Most women have offers for sex every day, coming from multiple sources. If you are after sex, get in line. If you are after her, then you are going to be bumped to the front of the line.

Whether you are looking for a momentary, short-term or long-term romance, you need to treat her like she may be the love of your life. By that I mean, be interested in her. Be interesting to her. Don’t drive the conversation towards sex. Don’t ogle or make jokes and innuendo about her body. These things are going to throw red flags up. And, above all else, DO NOT LOOK AT ANOTHER WOMAN!

Men can kill an opportunity, and prove our “pigness,” with one look at another woman. Don’t think you can be covert about it either. She will see; every time. This is one thing that most women are expecting when meeting a man, and it is normally a deal-breaker. Don’t be stupid. Focus on the lady you have chosen to pursue. She will notice.

Once upon a time, women did “throw” themselves at men. The did so with decorum, but women made their interest known. Not every man mind you, only a certain few that exhibited a common trait: honor. Chivalrous men who understood honor and how to treat a lady, made women swoon. This is a trait that is now on the endangered species list.

Truth be told, since women have less respect for men these days, it stands to reason that men are losing respect for women as well. It is not a glaring issue unless you really look at how we talk to women and what we deem acceptable to do. Men are supposed to be protectors, which means your words and actions should follow that path.

To do so means adopting a gentleman’s habits. Gentlemen open all doors for all ladies. We pull out chairs and seat ladies first. We hold her hand when we walk. We constantly exude the attitude that no harm will come to her unless it passes through us first. But, it must be consistent, whether you are trying to pick a woman up or just getting a cup of coffee alone.

Women are watching all the time. Think Big Brother. Women watch how men treat other women during their day. When women see a gentleman in action, they take note. Word gets out and you create a presence for yourself. Eventually, as you begin to wear it like armor, the gentleman is the first thing women will see.

What you must do is get out of your little head and into your big head. Think before you speak or act. Present something different than what she is used to. Don’t put on an act. Instead, own your truths and adjust your behavior to suit her needs. If you do, you can be after only one thing, and get as much as you want.

3 Habits to Help You Stop Being a Typical Male