How To Enjoy Being Single 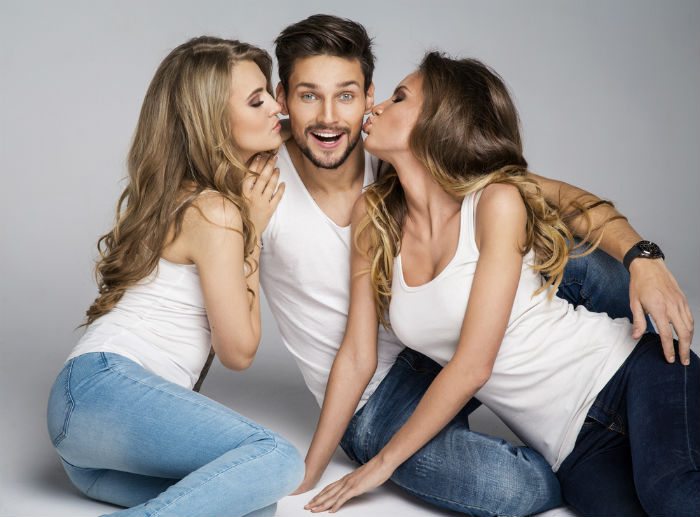 A warning to guys looking for the perfect girlfriend

Do you prepare for nights out fantasising about finding your ‘other half’? Do your daydreams feature the perfect woman who can share your life and start a family with you? Are you looking for your happily ever after? The final piece of your puzzle?

At least not while you’re actively searching for her.

In my experience, the best women will only settle into relationships with men who love being single. They want men whose lives are complete without them. They want to be the cherry on top of the already perfect cake, not the missing ingredient that stops it tasting like shit.

Yes, a stunning girlfriend can make your life much better, but how does your cake taste without her?

If you’re having fantasies about building a family with a woman you barely know (or haven’t even met yet), it’s time to learn how to love the taste of the life you’re currently in.

Why you have to learn to love single life

For the most part, they’re after a man who exudes masculine energy. This allows them to focus on releasing their emotional, loving feminine energy into the world, which is what they want more than anything.

The main qualities of masculine energy are achievement and the pursuit of freedom. That’s freedom from of all types of constraints, including those of monogamy.

It’s inherently masculine to want to spread your seed as far and wide as possible. It’s inherently feminine to be attracted to this alpha-male behaviour.

This is why women fall for ‘players’ so often. It’s also why they’re immediately turned off by a man who needs her – and only her – to be happy.

They see this as the behaviour of a beta-male who is not pursuing freedom, has not ‘achieved’ abundance as a man, and is therefore not of any value as a partner.

If biology isn’t your bag, just remember this: Women don’t find it sexy taking care of you.

That’s why you must learn to love yourself first.

(Disclaimer: Yes, there are hyper-masculine women who like to boss around their boyfriends. There are emotionally-damaged women who are desperate for any kind of affection. If you’re after these types of women, maybe you don’t need to work on yourself. If you’re not, read on.)

How to enjoy being single

If you’re a straight man with a ton of masculine energy inside of you, it should feel natural to enjoy being single.

So, what are the main reasons we don’t always feel this way?

Most unhappily single men will identify with at least one bullet. I struggled with all four for a year following a horrific break-up in 2011. I would go out and speak to women with the sole goal of finding a new girlfriend and – for the reasons explained earlier – would spectacularly fail.

It was only after learning to enjoy the process of meeting new women that my fortunes changed. Here are three tips to help you do that.

A year after my break-up, I accepted a new job in London. I made tons of cool new friends in the capital and was even invited to appear on a popular reality TV show.

My life had become more exciting than ever. I stopped worrying about not having any women around, and this showed in the way I spoke to them.

I urge you to create a life that women would be desperate to be a part of. Have fun hobbies, build great friendship groups, follow your dreams. This’ll have such a profound effect on your attitude towards rejection. You start seeing feeling sorry for the women that reject you, as they turned down such an awesome opportunity.

In the UK at least, it’s normal to find speaking to strangers nerve-racking rather than enjoyable. These nerves supposedly stem from cavemen days, when being cast out from your tribe would mean certain death.

However, there’s something about facing your social fears repeatedly that numbs them. It can even bring a flow state similar to those experienced by athletes in the midst of their favourite sport.

When you’re out at social occasions, try speaking to EVERYONE. Don’t just sniper-approach sexy women. Don’t have an agenda at all, other than having fun. Notice how it feels to build social momentum. You’ll probably feel looser, more confident, care-free. This can have a tremendous impact on how hot women perceive you.

Improving your flirting skills can drastically boost your dating life. In fact, upping your ‘game’ is the best thing you can do to win over the world’s most in-demand women. It’s not all about looks and money, as most mainstream media sources will have you believe.

I discovered websites such as TSB Magazine shortly after moving to London, stayed sober on nights out, implemented the tips and improved so quickly.

After my first success, I was addicted. Every time I spotted further improvements, my excitement grew.

Improving at any venture is one of the most enjoyable pursuits in life. This is a venture where you get hot sex every time you win. After that first win, you won’t be able to stop.

When to settle into a relationship

If you follow these steps, you should notice a switch in how the opposite sex react around you. There’s nothing like extra attention from hot women to help you enjoy being single.

Now, don’t settle down with the first half-decent woman who falls for you. Play the field for a bit. See how awesome you can make single life.

Get to the point where the idea of only being with one woman sounds preposterous. That’s typically the moment where she appears.

You won’t even realise how superior she is at first. But, the more you hang out with her, the more you’ll see she’s a cut above the other women. You’ll resist the feeling, yet still find yourself wanting to be with her over anyone else. As she grows on you, the idea of chasing new women will seem silly.

That’s when you settle into a relationship.

This is choosing from abundance, rather than the fear of nobody else wanting you. If you do this, you’ll be much more likely to enjoy a lasting relationship, because you’ve chosen the best from a huge pool. Also, you won’t be scared to walk away if things turn sour. (It’s amazing how women sense this and treat you much better as a result).

Most importantly, you’ll be a much better boyfriend as a result of learning to love being single. You’ll be more fun, more social and less insecure. Plus, you’ll fully appreciate the wonder of the woman who finally snared you.

It all adds up to the fairytale relationship. And that’s what you were after in the first place, right?

My book ‘The Thrill Of The Chase’ tells the story of how learning to truly love singledom helped me transform from desperate loser to healthy dating life. It includes all the key lessons I learned during this process, plus tons of crazy sex and rejection stories from my actual life. Click here to buy the book on Amazon.

About Joe Elvin Joe Elvin travels the world working remotely as a lifestyle writer and confidence coach. Throughout 2017, he filmed his entire dating life as part of a national television documentary in the UK. His new book 'The Camera Never Lies' details the brutal truths about dating and relationships learned from this experience. You can learn more about the book and download the first chapter for free by clicking here >>

How To Enjoy Being Single