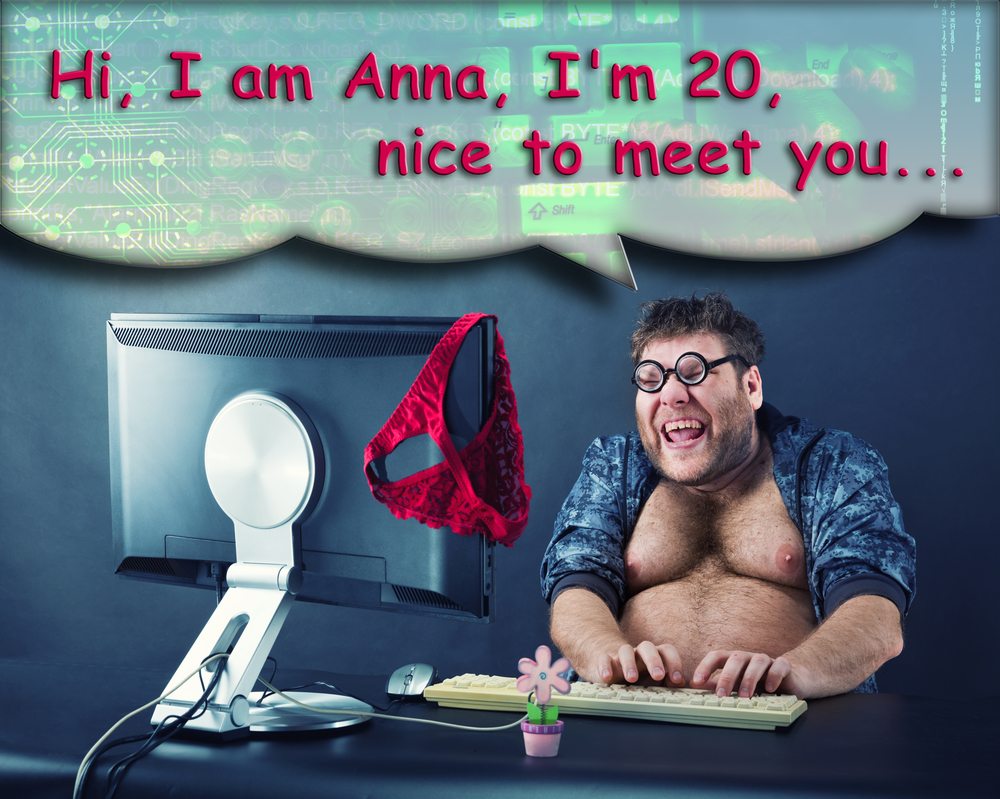 How to Avoid Looking “Creepy” to Girls

If there’s one thing you don’t ever want a woman to think of you as, it’s ‘creepy’.

As soon as you’re labeled creepy it’s the kiss of death.

Pick up your balls and go home, because your chances with her are finished.

So if you wanna get some action, you need to avoid the landmines that set off her creep alert.

And when you’re an older guy trying to close the deal with a younger woman, this is 10X more important.

Here are 3 of the biggest mistakes men make, and how to avoid them:

#1 Too sexual too soon

Showing your sexual side is great. It’s what separates the guys who get laid from the ones who don’t.

But being too aggressive right away is a guaranteed way to end up in Creep Town, population: you.

Just because you’re ready for sex as soon as you see a hot girl, doesn’t mean she is.

Women need longer to feel your vibe and let the sexual tension build, rather than having it rammed down their throat (so to speak) right away.

That means don’t touch her in any intimate places too quickly. Stick to “innocent” touches and slowly progress as she becomes more comfortable with you.

This should go without saying, but also avoid talking about your sexual fantasies and fetishes right away.

At least until you’ve slept with her a few times and can begin sharing your fantasies with each other.

They don’t want to feel like just a sexual object.

For many guys, this is a struggle.

They’re talking to a sexy young woman with a bangin’ body and can’t help drooling all over her.

But this gets you lumped in with all the other chumps who treat her as just a body, without having any interest in her as a person.

It’s no secret that women want to feel an emotional connection with a man as well as a sexual one, so focus on creating that.

An easy way to do this and stand out is to only give her non-physical compliments early on.

The more attractive she is, the better this will work.

While every other man is boring her by talking about how great her eyes, smile, or butt is…

You’ll intrigue her if you notice her great energy, passion for life, adventurous spirit…

Or whatever else it is that’s reflective of her character and personality, not her face or body.

#3 Focusing on her age

If she thinks you’re only into her because she’s young, this will come off as creepy.

Especially if you’re much older, she’ll just think you have a fetish for young chicks and you’re looking to add her as another notch.

Instead, you want her to feel that you like her for who she is…

And that her age is irrelevant.

You don’t want to fawn over how young and beautiful she is, how she could have any guy she wanted, or how you wish you were as young as she is.

In fact, the only reason you should be talking about her age is if you’re teasing her for being too young.

Let her wonder is she’s mature and experienced enough to earn the attraction and interest of an older gentleman like yourself.

It’s something she secretly fantasizes about…

But when you seem like you’re worshipping her youth, you destroy that fantasy for her.

As as older and more powerful man, she should feel like she needs to EARN you approval and affection.

Don’t ever forget that.

Now, if you’d like a complete system that funnels hot young women into your bed with ease…

Check Out This Presentation From Bill Grant

Bill is the greatest ladies man you’ve never heard of… and he’s pushing 60.

Yet that doesn’t stop him from sleeping with hordes of women 18-30, and he’s revealing his secret strategy in this video here.

Check it out before it’s gone for good.