Never Show Emotion When She Walks Away

i’m currently down in the DR scouting out villas for our upcoming Mansformation Retreat, and noticed something last night at a bar that I wanted to address. I will have more about the trip when I come back in a couple days, but right now I wanted to talk about how you should compose yourself when a girl you’re hitting on in a bar walks away. 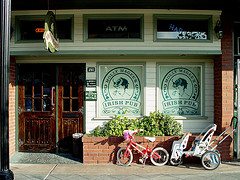 At this Irish Pub I was at last night in Cabarete some standard AFC scooped up a drunk blonde California Hot. She was pretty drunk and was really anyone’s game. But luck had it that she chose him to do body shots with, dance against, and stick her tongue down his throat.

You could tell by the way he had his arm wrapped tightly around her in a “mine” sort of way that he was scared shitless of letting go in fear that his miracle score would disappear.

Well, he had a right to be scared because a few minutes later the Irish guitar player called a couple of the girls from her group up to the stage to sing along with the chorus of “American Pie.”

Well, blonde California Hot never made it back to AFC. She was drunk and kept getting side tracked chatting with everyone in the place, finally settling on some other guy across the bar.

Here is where AFC blew it hard… and what I’m warning you against. 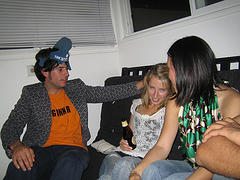 AFC stood there alone with a sour puss on his face repeatedly glancing at her across the bar waiting for her to return. He basically stopped talking to anyone around him and just sipped his drink looking miserable.

Now, do you think he’s making it tempting for her to return to him? Hell no, he looked like a needy, depressed, whiny bitch…. and even if she had originally wanted to return back to him, the way he carried himself after she left sealed his fate for the worse.

When a girl you’ve been hitting on leaves, whether it be to take a piss, say hi to a friend, or fuck another dude in the bathroom… you best play it extremely cool. Go back to talking with your friends, flirting with other girls standing next to you, and just genuniely having a good time. Because you can be sure that the girl will peak over at you and you want to give her a reason to come back. You also want to keep her curiosity hooked on whether or not she has you. By acting like a sad little puppy when she leaves you’re killing your chance she’ll be back.

On the same note, if you’re talking to a hottie, and she leaves, don’t make it obvious to everyone in the bar how happy you are to be talking to her… I’ve seen guys giving eachother hi fives like a bunch of middle schoolers after scooring a number.

You’re safest bet is to engage yourself in conversation with the friends you came with, or other people around you. Forget about her until she comes back… and if she doesn’t come back, at least now you’ll be in a position to tackle other girls. AFC last night blew his whole night after losing one Hott.

Never Show Emotion When She Walks Away