I haven’t posted anything by Sebastian Drake in awhile. He’s always been one of the most down to earth genuine coaches out there… and I thought that this list he sent out of likeable characterstics was worth sharing with all of you.

1. Smiling – People who are at ease, confident, and happy tend to smile, and that smile puts people at 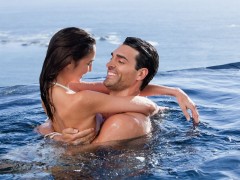 ease. Smiling shows that you’re pleased to see someone which can be really flattering. If you want to change one thing to come across more social, smile a big smile. Sometimes you will not feel in the mood to smile -however, if you choose to smile anyway you’ll still get the great results.

2. Eye contact – Maintaining eye contact when you talk to someone draws them deep into conversation with you – the rest of the world slows down, and you both become quite important to each other. It shows a calm confidence in what they are saying and it makes them even more engaging, almost hypnotic. A quick tip: Right eye to right eye. Look from your right eye to the right eye of the person you’re talking to. This strikes a great balance between good eye contact and not staring.

3. Touch – You’ll consistently see magnetic people reach out and touch others. Touching shows emotion and affection and brings you closer to other people. Humans crave physical contact with others, and more emotion and affection can be expressed through touch than any number of words ever could. Next time someone does or says something you really like, give them a high five, some “pound”, a playful punch on the arm or a big hug.

4. Not talking about yourself – Likable people typically are more curious to get to know other people and don’t talk about themselves as much. Likable people are always looking to find out more about the other person, what they are doing, and what interests them the most. Most people don’t feel heard – likable people know this, and encourage others to talk about what they really enjoy.

5. Not talking too much – Closely related to the above point.Likable people and high status people do not talk too much. Instead they encourage others to talk and to open up. People love to talk about their experiences and cool things they’ve done – when you become more curious and encourage them to speak more, they’ll actually like you more. If you catch yourself rambling for a while, an easy way to adjust is to say, “But that’s enough about me – what about you?”

6. Empathy – Making people feel understood, and striving to truly understand them is powerful. Everyone wants to be understood. People want to know that they are not alone in the world. If you can reach out to understand another person, you’ll instantly form a great connection with them. Next time someone tells you something heavy that you could have a long discussion on, instead try saying just “I understand.” You’ll be amazed at how uplifting it can make other people feel.

7. Not trying to impress – Somewhat accomplished people want everyone to know about the accomplishments they’ve made. Really amazing people are much more humble and low key about what they’ve done. The most impressive people never actively try to impress people. The result is that a man trying to impress communicates that he’s not impressive.

8. Showing praise and appreciation – Whenever you see anything you like in another person, let them
know. If people aren’t used to you opening up, praising, and appreciating constantly, you might get a funny reaction at first. Once you’ve established that you’re constantly on the lookout for great things in others, people get used to feeling empowered around you. When you do mention something you really like, keep it casual. No big deal, no long talk. Just, “Hey, I really appreciate that you did that.” “I thought that was really cool how you did that.”

9. Never criticizing, ever, for any reason – Likable people never criticize others. People universally hate criticism, and hate people that criticize them. Likable people always start off with genuine praise and appreciation before trying to give constructive feedback, and will only give this feedback rarely (because likable people understand that praise is a much better way to help people change than even constructive feedback, and criticizing is almost always useless).

10. Not trying to fix other peoples’ problems – When someone tells you they have a problem, but doesn’t explicitly ask for your help, that means they do not want you to tell them how to solve it. They want to feel understood, cared about, and empowered. Over 90% of the time, people know the solutions to their own problems. If someone brings a minor problem to you, try listening, nodding, letting them know you understand, and you’re with them. Tell them you believe in them and you think they’ll sort it out. If they ask what you’d do, maybe make a quick suggestion but don’t drive the point really hard. As crazy as it sounds, most people do not tell others about their problems in order to get solutions; they want understanding, empathy, and reassurance. People are very strong and quite good at solving their own problems when believed in. 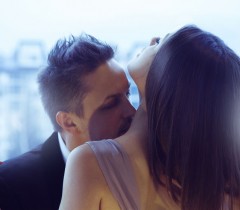 11. Eliminate negativity – Never mentioning anything you don’t like. Especially never being down on culture-wide things outside of your direct control: So, not complaining about the government, pop culture, fashions you think are silly, activist groups you disagree with, and so on. Being positive is really good. Not talking about
things you dislike is even more important.

12. Never complain – When people complain, others feel slightly less inclined to be around them. It brings people down. If you don’t like something, you have two choices: Take action to fix it, or accept that it’s there. When you realize that, there’s no reason
to complain.

13. Never impose weakness on others – Everyone feels down from time to time. The most charismatic people never “impose” that down feeling on others; instead, they’re a fort of strength for people around them. The more you stay composed, and refrain from showing being phased or flustered, the more you gain control over your life. People start to respect you more, and they feel they can rely on you.

You probably already do a lot of those – for a bonus, pick a couple more and start implementing. You’ll see quick improvements right away, and long term improvements down the line.

Thanks for reading stud, and go get ’em,  Or check out 7 more ways to be more likeable.