Its all fair in war… and that is exactly what move in day at the dorms is.

Sure, you’ll probably want to spend your last day in your hometown boozing it up with your high school buddies into the wee hours of the night…. Mom and dad will wake you up at noon or so… hung over you’ll start loading the cars up with your microwave, TV, posters, computers…

You’ll get to campus around two, fight the traffic and commotion of another thousand underclassmen pushing shopping carts full of their shit, all walking around like clueless tourists…

And then you’ll walk into your closet sized dorm room… And your nerdy ass roommate will have already jam packed his stuff into the limited closet space… and even worse… he’ll have claimed the better bed.

Son, when it comes to move in day… You need to beat your roommate to the punch.

Yes, it may sound cruel… sure, there should probably be a more fair way of choosing… but the reality is… the early bird gets the worm.

No matter how big of a dick you feel for claiming the best bed, most closet space, covering the walls with 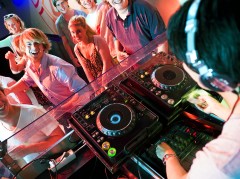 your Pink Floyd and Bob Marley posters… just know… he would do the same thing to you in an instant.

If you walk in and find that there are bunk beds… you have instant decision to make.

But in reality, there are drawbacks to both:

Downsides to the bottom bunk:

Downsides to the top bunk:

Even with the downsides of the bottom bunk… always choose it. Chances are you’re roommate will have wanted it… This gives you a great bargaining tool later.

As for appliances, entertainment, and computers…

As tempting as it sounds to let him haul all his stuff to the dorms, and mooch of his big screen TV and 27 inch computer monitor… Always fill the room with as much of your shit as possible.

As much as you will both try to pretend everything is equal… the guy who owns it unconsciously has final say over how its used. For instance, you want to watch the Yankee game, he wants to watch the Mets… its your TV… he’ll be checking scores on the internet, while youre watching Jeter and company on your big screen.

If you’ve got a lot of posters… bring them all. If he doesn’t have any, you’re free to decorate the room as you please. These are not things you want to negotiate. The last thing you want is some dweeb hanging pictures his parents brought him back from their last trip to Key West.

How to be sure you beat him to the room

First, chances are youll speak on the phone a week or two before move in day to discuss what both of you are bringing, and to do a formal introduction to each other. It is crucial during this conversation that youÂ 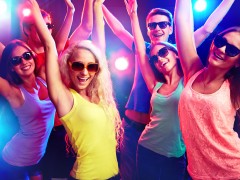 bluff. You tell him that youll be getting back late from a trip that afternoon and probably wont make it to campus until later in the evening. This simple line will give him a false sense of security. He will feel like hes got all the time in the world to mosey down to campus.

In the meantime, youll have all your shit packed and ready to go the night before. Set you alarm clock for 7am and have 2 cans of Red Bull waiting by the bed. The minute the alarm clock goes off, guzzle the Red Bull, hop in the shower, and amaze your parents at how energetic and excited you are to get to campus.

Getting there early provides several benefits youll get better parking and fight less of a crowd getting to your dorm, youll get the better bed, and more importantly, you have all the time in the world to socialize later, taking first crack at the hotties on your floor.

Remember the first week of college is crucial for establishing yourself as the party guy. So the sooner you finish the move in bullshit the sooner you can begin to conquer your campus.