The Sobering Truth about College, kids

Reading This Article Is More Fun Than Getting Your Stomach Pumped: 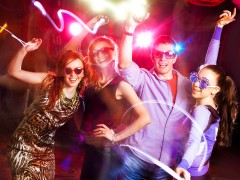 The dark inspiration to write this article came after stalking a group of freshmen girls and overhearing a comment to the effect of “I hate my life, there’s nothing to do at my college!”  Like a pack of dogs barking Christmas carols this was sweet music to my ears.  Why?  Because people’s misery is funny.  Funny like pushing a 90-year-old woman down a flight of stairs funny.  Sorry JAP-pack but you picked a college in the boondocks, not Long Island. So get used to getting down and dirty, higher education style (with emphasis on the dirty).

Or take these highfalutin freshmen dudes, strutting around like they’re cool guys of some sort, when I know full well their weekends consist of sitting in their room, riding the red eye express with a box of Kleenex in one hand and a high school year book in the other. Worse still are these girls who have “boyfriends” back home.  Newsflash toots: As you read these words Prince Charming is getting’ busy with some 800-pound hungry, hungry hippo he met in his Community College “Spelling101” class.  Truth hurts, but don’t look so down, you have one sarcastic humor writer here for emotional support.

For the remainder of the non-mutants out there, you may find yourself wondering if there’s more to college than sucking the alcohol out of sewers passed off as bars.  Maybe you’re waiting for that gigantic Kool-Aid jug to suddenly break through your dorm room wall screaming “Oh yea, oh yea!” and than escort you to a good frat party.  Perhaps you’re attempting to meet “that someone” on the Internet.  Sure, plenty of people make that special connection online, and they’re called pedophiles.

The sad reality of your life to come in these upcoming months will consist of taking cabs driven by psychotic hobos to the filthiest dumps known to mankind, where you will then partake in chugging stale beer with the decay of society (this being a 50 year old man named Carl, who’s collection of “Girls Gone Wild” videos has inspired him to think that even he, an obese unemployed construction worker, can get his freak on with a “crazy” college chick).  That run-on sentence isn’t meant to sound condescending; in fact, we’ve all found our social lives approaching “dismal stasis” including your humble narrator. Below is a personal anecdote of my freshmen year.

It started when I decided it was high time for a good bender, which entails me being ripped to the tits by sundown.  Wasting no time, I

began shootin’ shots like it was the Wild West and soon, like the greatest Western of all time, my hookup standards dropped from “good” to “bad” to “ugly”.  Thus, the evening was progressing auspiciously as my last conscious memory was of my roommate gluing assorted lunch meat to his body.  Upon waking the next morning (naked as a jaybird I might add) elated, I asked my friends, “So guys, last night was got pretty wild.  Fill me in on all the crazy things I did,” and the response to my dismay was “Sorry to break it to you dude, but you passed out at 8 o’clock.”

Hey, maybe I’m being too judgmental.  Maybe freshmen’s attitudes have changed since I graduated college.  Possibly you guys like partying with the homeless.  Maybe the ever-popular Rave scene puts the “roof” in your “roofie” for all you date-rapists out there.  Like the saying goes “different strokes for different folks” or more fitting in this situation “different bums for different chums (who date rape people).”  I just hope the freshmen know that this wasn’t always the situation.

While the story I’m about to tell may seem like a fallacy, you must believe every word I write – for I swear on the garbage can I came from that it’s the truth. It all began with a group of men with a single dream, that dream being: to get underage kids inebriated.  So, they opened magical places where the “You must prove you’re 21” sign on the door was like a big inside joke amongst friends.  No one cared how old or how young you were, how much class you lacked, or even if you were wearing pants; the only thing that mattered was you loosing the ability to walk by the time you left. 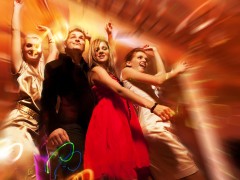 Then the unthinkable happened.  In the past, nothing could shatter these institutions of inebriation mission to intoxicate the local youth who came with intents to leave in stretchers.  Police, health inspectors, not even Al-Qaeda could deter the savageness.  Than the Liquor Authority, or as I refer to them the “Hatabators”, started cracking down.  Probably tipped off by the hordes of Power Wheels and tricycles parked out front, they staked these places out and busted in like the Gestapo. Sadly, drunks sang to them like Bono with a bad case of genital warts, and thus the doors of these glorious pubs closed forever.

I’m really too lazy to write out a conclusion paragraph, so um leave comment or I’ll eat your face.  Rock on 80s VH1 Flashback style!

The Sobering Truth about College, kids