The Cure for Colligate Loneliness: Take the Lack out of Lackey 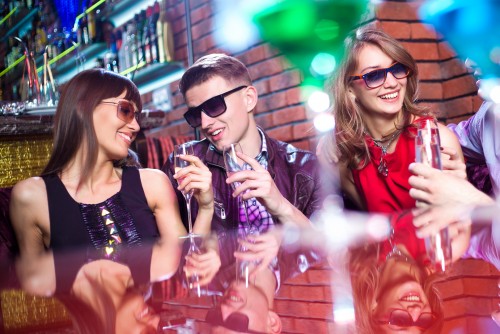 This post goes out to a special group of college students. This is for the collegiate kids who deal with more shit than your grandfather’s Depends. For the class who, year after year, keep getting pissed on (voluntarily). Yup, that’s right freshmen – this one goes out to YOU!

Whoa! that obnoxious Paperclip from Word just pointed out a typo in the above paragraph. First year students aren’t “freshmen”…you little fuckers are fresh FISH! And no, I’m not referring to quirky singing fish like in Disney’s Little Mermaid. Instead, you’re more like the “fish” incarcerated in maximum-security prisons. (Oz fans and convicts know what I’m talkin’ about!) Very similar to life in the slammer there’s a limit on the number of rights you have. And that limit is set at zero.

Beware fish: the first few weeks of college are a monster reality check. You are going to be so :’-( when you when find out that movies like Slackers, Animal House and Van Wilder are not real. Get this! College is NOT in an around the clock bender extravaganza. Sadly, getting laid is not a bihourly occurrence. And the jocks don’t really ostracize the geeks. Well, okay, geeks DO get strung up by their undies and shoved into lockers. But all that other stuff, it doesn’t actually happen.

Unfortunately, a lot of the “necessary” provisions you thought you’d rely on so heavily will find no use at all. An example for the guys would be condoms. An example for the girls would be underwear. Even the posters you thought were going to be cool, aren’t. You’re going to be relying more on the IUPAC periodic table of the elements than your faggy “Table of Mixology” poster. But before you curse the day that the atomic weight of Beryllium superseded the ingredients to a “Blushin’ Russian,” hear me out, fish.

There is a certain “provision” you can make to have your bad luck vanish like passed out babes in the presence of sketchy frat guys. The secret to your survival as a first year fish is to become an upperclassman’s lackey. Bad news is “lackey” is just a euphemism for “bitch.” Good news is you’ll start fitting in like Jessica Simpson at a chubby convention.

Some fish will have it easier than others. When it comes to being a lackey, there is some favoritism involved. For instance, back in my day, I discovered a Korean exchange student whom I dubbed “Short Round”  and taught hilarious one-liners like, “No time for love Dr. Jones!” to deter me when I was considering slummin’ it with a lady blob in an inebriated state.

As for the ladies, I’m not totally sure what being a female lackey might entail. I’d assume the lady upperclassman would refer to her girl-lackey a lot as “little bitch” or “skanky slut” and tell the girl-lackey to do really degrading things like make out with hideously ugly guys. But I guess that isn’t much different from what freshmen girls do anyway…

In conclusion, consider being someone’s lackey. True, it probably won’t be worth the price of your dignity. And true, it might ruin your life. But think about this: if you don’t, who’s going to be that idiot streaking through the cafeteria in nothing but a conical Madonna bra?

The Cure for Colligate Loneliness: Take the Lack out of Lackey